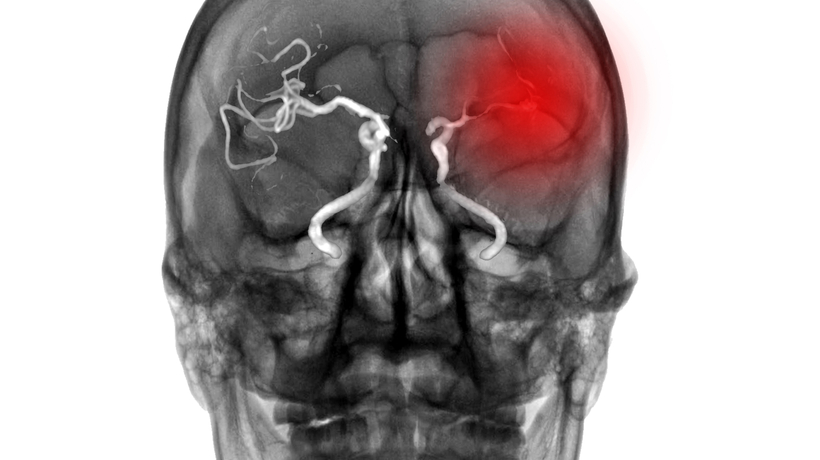 A woman in Maryland is sharing her story with TODAY after surviving an aneurysm rupture, only to find out later she had a total of five brain aneurysms.

She was faced with the first sign that she was in danger in August 2021, when she experienced a painful headache in the middle of the night.

“I just had a feeling that something was wrong because when the pain hit me, it made me freeze in place for maybe 15 to 20 seconds,” Downs-Hicks recalled. “I knew that it was not a regular headache or migraine.”

Downs-Hicks went straight to a local hospital for treatment. There, after being diagnosed with a single aneurysm, she made an appointment to pursue treatment.

A week before the scheduled appointment to remove the aneurysm in October, while she was in her car at her work, it burst. Down-Hicks was hit with a severe headache that caused her right eye to close.

“It was so scary,” Downs-Hicks recalled. “I’ve never, ever been through anything like this, ever. I didn’t know what was going on with my body. I couldn’t even call out to anybody… I didn’t have a voice and it scared me to death. I just felt in my brain that I was going to die.”

Down-Hicks was able to flag down a coworker, who called 911, and she was rushed to the University of Maryland Medical Center.

Her neurosurgeon, Dr. Mohamed Labib, said the medical center’s neurovascular teams were successfully able to clip both aneurysms. Down-Hicks was able to regain her vision.

A follow-up exam found that Downs-Hicks had more than just two aneurysms. In a different part of her brain, there were three more. While the aneurysms hadn’t ruptured, they were still a threat, and the medical team planned to operate.

“It was a little nerve-wracking,” said Downs-Hicks. “But the thing is, I was calm. I didn’t have the pain that I experienced before the first surgery.”

Her second surgery was successful. She has had a positive recovery and plans to return to her job in mid-March.

Labib told TODAY that five aneurysms are rare, but surviving five is “taking it to a different level.”

“Five is a little bit too much. … Five is the highest I have ever treated in one patient,” Labib said. “And someone doing well after having multiple aneurysms, in general, is not a very common thing.”