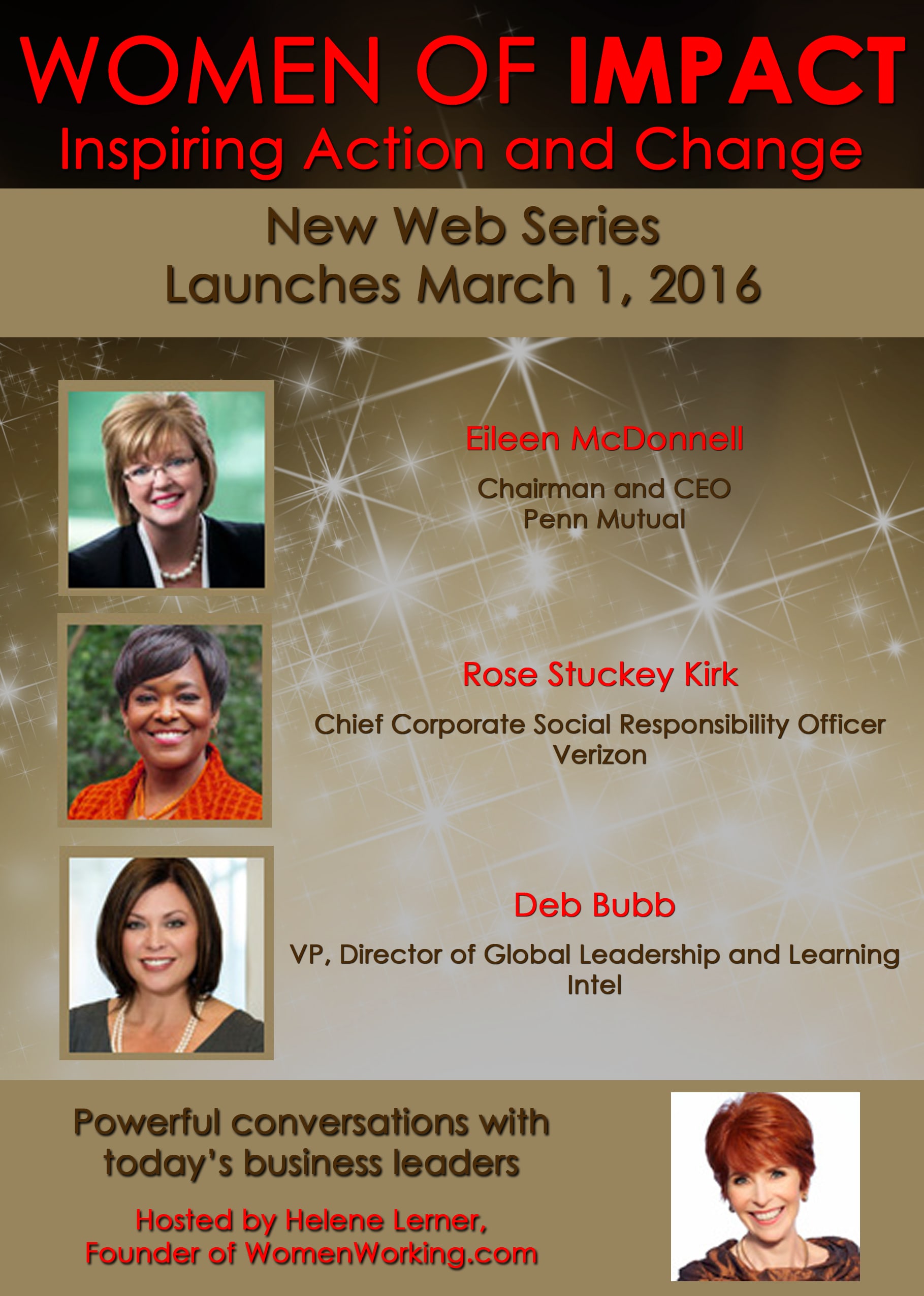 Our new web series, Women of Impact: Inspiring Action and Change, launches on March 1st. The impulse to create Women of Impact came from the turbulence in the world and the need for more women to step up at all levels.

Something happens when two or more women come together with the intent of creating change. I know when I sat down for the filming with these empowered leaders, it re-established my own faith that we can make a significant difference together. Their candor and ability to overcome obstacles in their careers and personal lives inspired me, and will inspire you.

In the first video of the series, I talk with Rose Stuckey Kirk, Chief Corporate Social Responsibility Officer of Verizon. When asked about what it’s like working in a male-dominated industry, Rose said, “I’m not naive. I know that sexism exists. I know that racism exists…I grew up a little black girl in Arkansas…I certainly have seen and felt and been victimized to some degree by it. But I can’t allow that to stop me from continuing to move forward.” She certainly has NOT been deterred. Rose now has her dream job: “We build a whole range of programs that put underserved individuals – women, little girls, and people of color, on the path toward having amazing careers in science, technology, engineering, and math.”

Our second video, being released April 1st, will feature Eileen McDonnell. Eileen is Chairman and CEO of Penn Mutual and a single mom. She shared some powerful insights for women. During our interview, she told me, “You have to empower yourself to decide where you want to go and then chart your course. Sometimes it’s going forward, sometimes it’s stepping backwards, sometimes it’s stepping sidewards, but it’s all getting you where you want to go.” She has helped grow Penn Mutual, doubling its size since 2008, and although she admits being a CEO is tough, she says it’s nothing compared to being a mom of an eleven-year-old girl. “Being a mom is harder than being a CEO…truth be told, the CEO of our house is my daughter!”

I’m getting ready to film our third video, where I will interview Deb Bubb, Vice President and Director of Global Leadership and Learning at Intel. I’ve spoken to Deb informally, and was struck by her willingness to step out of her comfort zone to create change.

I can’t wait to share their stories with you!

Watch my full interview with Rose below: