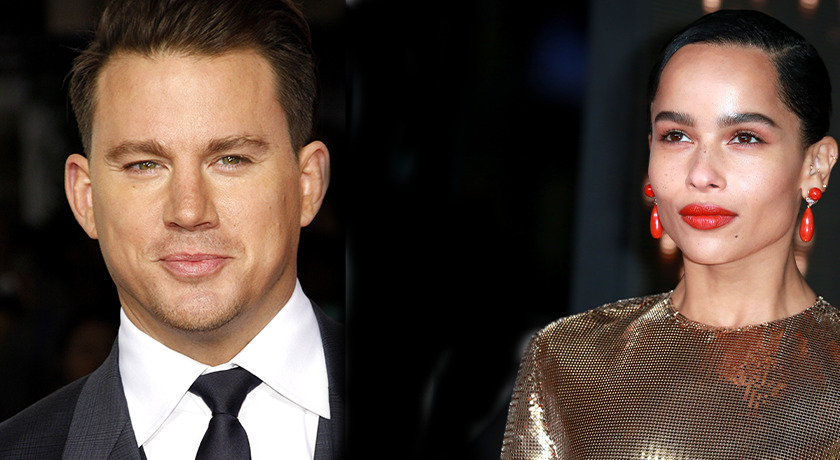 Zoë Kravitz and Channing Tatum first sparked dating rumors in January 2021 while they were working together on the movie Pussy Island.

However, according to People, their relationship wasn’t confirmed until September 2021. A source told the outlet that Kravitz and Tatum spent some time in New York City together that month and had a “cute and flirty chemistry.”

Since then, they’ve been spotted together on numerous occasions including the 2021 Met Gala and movie premiers.

Per ET, Kravitz opened up about her relationship with Tatum in the November 2022 issue of GQ.

“He’s just a wonderful human,” she said about the Dear John actor. “He makes me laugh, and we both really love art and talking about art and the exploration of why we do what we do. We love to watch a film and break it down and talk about it and challenge each other.”

Kravitz explained how she and Tatum became close as he was helping guide her through directing Pussy Island.

“Whether it was making me tea or pouring me a drink or going to whip someone into shape or whatever — he really was my protector, and it was really wonderful and sweet,” she shared. “I think if you can do something like that together, it’s a good test. And we came out even stronger.”

This is Kravitz’s first public relationship since her divorce from her ex-husband Karl Glusman. According to Elle, Kravitz and Glusman dated for five years and were married for 18 months before filing for divorce.

“Karl’s an incredible human being,” she said in an interview with Elle. “It really is less about him and more about me learning how to ask myself questions about who I am and still learning who I am, and that being okay. That’s the journey I’m on right now.”

Tatum was also previously married to his Step Up costar Jenna Dewan. They got married in 2009 and had their daughter Everly in 2013. They announced their split in 2018 and finalized the divorce in 2020, per US Magazine.

Tatum is best known for movies like Magic Mike, 21 Jumpstreet, and She’s the Man. He most recently starred in The Lost City alongside Sandra Bullock.

ZoëKravitz, who is the daughter of musician Lenny Kravitz, is known for her acting in Big Little Lies, High Fidelity, and The Batman.