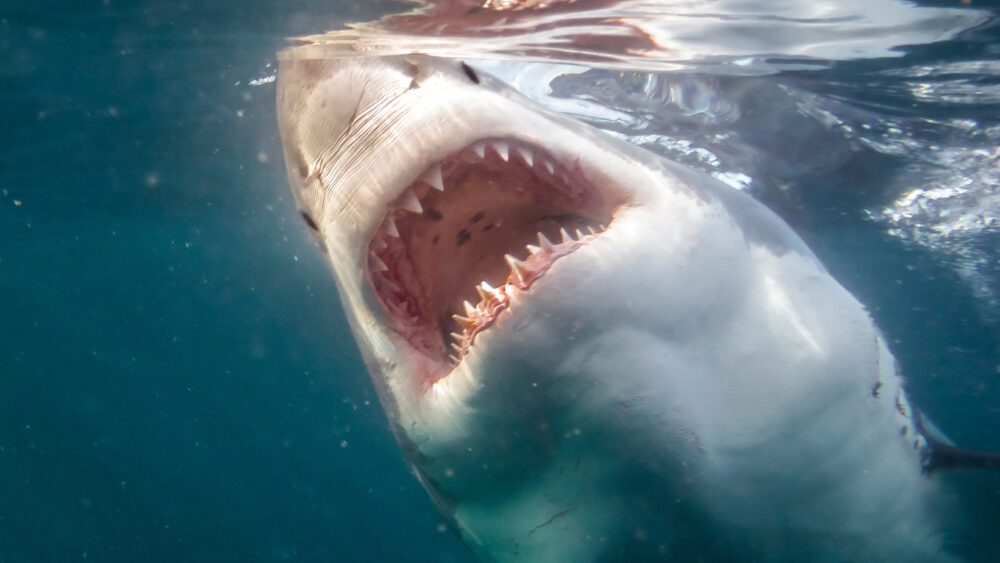 Featured image via Shutterstock and does not show shark involved in attack.

10-year-old Jameson Reeder Jr. is said to be “in good spirits” after having a part of his leg amputated after a shark attack.

He was snorkeling in a shallow reef in the Florida Keys with his parents, his two brothers, and his sister “when a very traumatic event occurred,” the child’s uncle Joshua Reeder wrote on Facebook.

Joshua stated that Jameson Jr. was attacked by what his family believes was an 8-foot bull shark “and took a crushing blow below his knee.”

“As he screamed and cried for help while miraculously staying afloat on a noodle my brother Jameson [Sr.] gathered his family on the boat and rushed over to rescue his son they saw Jameson Jr. holding on for dear life and jumped in to get him on the boat,” Joshua continued. “They tourniqueted his leg above the bite to slow/stop the bleeding. Jameson Jr. was saying ‘Jesus will save me, Jesus will save me.’”

A nearby boat, which happened to have a nurse on it, helped the family take Jameson Jr. back to shore. Paramedics arrived and airlifted him to a nearby hospital.

“They had to remove/amputate from just below the knee to save his life as it was not operable from the damage the shark has caused,” Joshua added. “They said the shark made the decision for him and wasn’t anything they could do to save it. But his life was spared.”

According to Miami news station WSVN, James Miller, a friend of the family, stated, “They had to use five quarts of blood to save him. It’s still a miracle he’s still alive.”

Joshua stated that Jameson Jr. is out of surgery and is “in good spirits” despite the trauma of what occurred.

The Florida Fish and Wildlife Conservation Commission confirmed the incident when contacted by the Miami Herald but did not release any information.

A friend started a GiveSendGo campaign to raise money for Jameson Jr.’s medical bills and recovery. As of Tuesday, it has raised over $52,000 of its $50,000 goal.

Jameson’s attack is the fifth shark attack in Monroe County in the last four months, per PEOPLE.