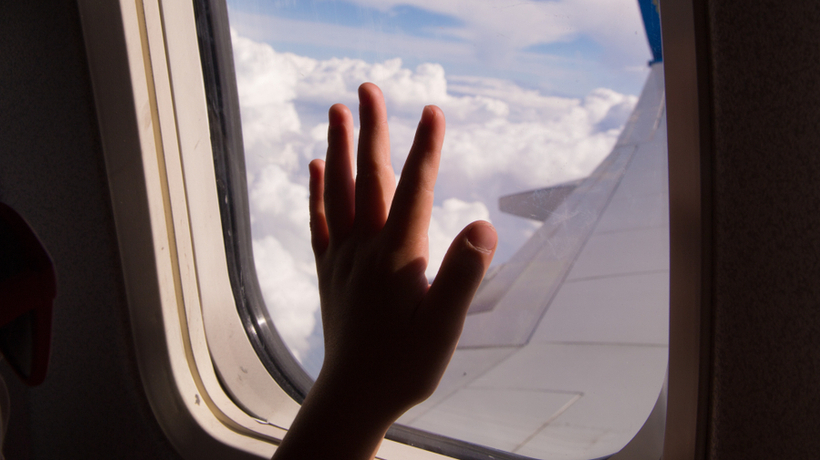 Featured image via Shutterstock and does not show Laney Perdue. Photo for representational purposes only.

Michigan’s Laney Perdue, 11, is bravely speaking out about how her father, Mike Perdue, is the reason she survived the November 2021 plane crash that killed him, the pilot, and the other two passengers on board.

On November 13th, 2021, Laney excitedly boarded a plane for a 20-minute flight to Beaver Island with her dad, Mike, and married couple Kate Leese, 35, Adam Kendall, 37. The pilot, 55-year-old William Julian, was flying the group to Beaver Island, Michigan, where Laney was to visit a family friend, and Mike planned to go hunting.

Laney’s last memory of the tragic flight is of being wrapped up in one of her dad’s famous bear hugs.

“[I was looking out of] one of those little windows and seeing the grass and feeling my dad’s arm around me,” recalls Laney. “I felt this feeling in my stomach like the plane just dropped, and my dad had his feet out like he was bracing for something. The last thing I remember is my dad giving me the tightest hug ever. I’m alive because of him.”

Just three miles before the plane was supposed to land, the aircraft crashed, killing all but Laney. Miraculously, the little girl sustained only 11 broken bones and injuries to her lip and mouth. According to PEOPLE, the first responders who pulled the fifth-grader from the rubble believe her father’s tight hug protected Laney from the crash’s impact.

When Christie Perdue, Laney’s mother and Mike’s widow, heard about the crash, she rushed to the scene, still unsure if Laney was alive. The little girl was given an emergency helicopter ride from the island to a nearby hospital, where Christie was reunited with her daughter.

“I grabbed her hand and she squeezed mine,” says Christie.

Heartbreakingly, Laney did not yet realize that she had been in a crash or that her father had passed away. Laney’s mother waited until Laney had been transferred to a hospital in Grand Rapids before telling her daughter what had happened.

“I wanted to make sure he was okay, I kind of knew he had passed, but I wasn’t sure,” says Laney. “I just broke down crying.”

Now, the young survivor and her mother are keeping Mike’s memory alive by sharing their memories of “the best girl dad.”

“Every day he would wake up and be like, ‘You guys are beautiful. You guys are special,'” says Laney. “He was amazing.”

Part of their healing process will involve a return to Beaver Island, where the family has lived some of their fondest memories together.

“Years ago, he said, ‘Promise me if something ever happens to me, you keep coming to the island with the kids,'” says Christie. “It’s the greatest tragedy and the greatest joy. We lost Mike, but we kept Laney.”

Laney adds that she believes her father would be happy to see the family continue to live life to the fullest.