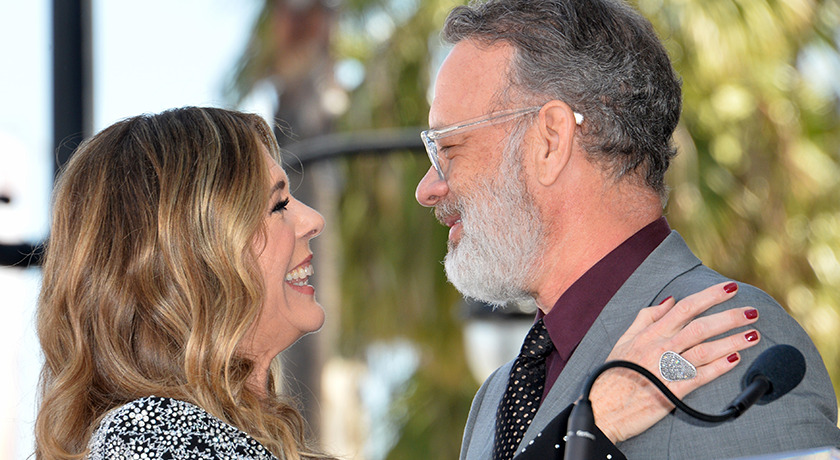 Actors Tom Hanks and Rita Wilson have been married for 33 years, an accomplishment for a couple in Hollywood.

They first met in 1984 on the set of the sitcom Bosom Buddies, per Good Housekeeping. Hanks was a regular on the show, and Wilson guest-starred in an episode. They crossed paths again the next year when they co-starred in the movie Volunteers.

Hanks was married to Samantha Lewes at the time, but he couldn’t deny his connection with Wilson. He described his marriage with Lewes as “broken” and said he was “too young and insecure for marriage” at the time.

Hanks and Lewes divorced in 1987 after he went public with his relationship with Wilson in 1986.

Hanks and Wilson got married in 1988 and have been going strong ever since.

Lewes died of bone cancer in 2002. She and Hanks shared two children, Colin and Elizabeth.

Hanks and Wilson have two children of their own together, Chester in 1990 and Truman in 1995.

The couple isn’t shy about sharing their personal struggles. According to People, Wilson was diagnosed with breast cancer in 2015 and had to undergo multiple surgeries. She said Hanks was by her side through her journey.

“You never know how your spouse is going to react in a situation like this,” she said. “I was so amazed, so blown away by the care my husband gave me … who knew it would make you even closer?”

Hanks, 66, and Wilson, 66, are grandparents to three granddaughters: Olivia, Charlotte, and Michaiah.

According to Today, Colin (Hanks and Wilson’s son), said his daughters Olivia and Charlotte don’t care about their grandpa’s fame at all. He said the girls’ visits with Hanks are “like every other playdate with a grandparent.”

Tom Hanks began his acting career in 1977. He has since starred in iconic movies like Forrest Gump, Cast Away, Saving Private Ryan, and Apollo 13. He also was the voice of the character Woody in the Toy Story franchise and produced movies like My Big Fat Greek Wedding and Where the Wild Things Are.

Rita Wilson acted in movies like Sleepless in Seattle and Runaway Bride. She also starred in TV shows like Girls and The Good Wife.

Wilson made her Broadway debut in 2006 as the character Roxie in Chicago.