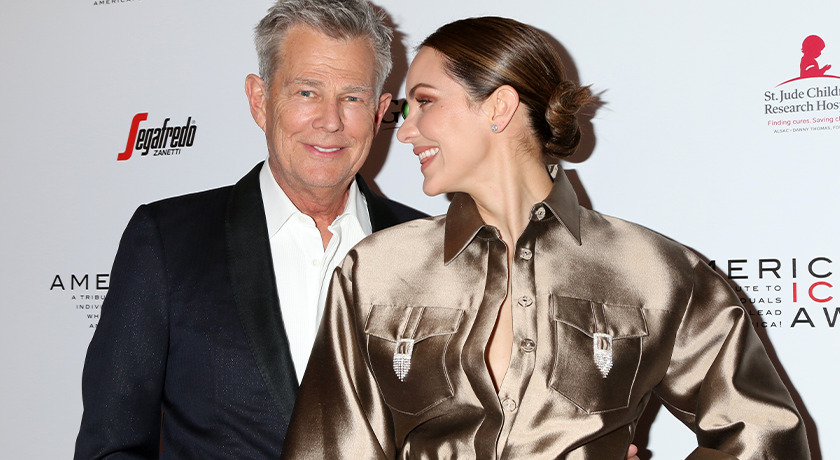 Musicians Katharine McPhee and David Foster have been married since June 2019. They have been scrutinized by the public for a while due to their 35-year age gap.

McPhee, 37, and Foster, 72, have both spoken publicly about how the public perceives them versus the reality of their relationship.

“We all have the ability to label things and to look at something for the way that it looks or face value and make a judgment. So I totally get the judgment initially, but things are never as they appear, things are never exactly as they appear, and I’m in love with our love story and that’s all that matters,” McPhee said on an episode of the Dr. Berlin’s Informed Pregnancy Podcast.

McPhee added that she did have some concerns about the age difference in the beginning.

“We had a real journey and I had a real process,” she said. “It took me a while to kind of come around to really want to have a real, serious relationship because I was very concerned with what people would think.”

Foster also commented on his relationship, according to Insider.

The couple met in 2006 while McPhee was a contestant on American Idol and Foster was a mentor. They maintained their friendship after the show until their relationship turned romantic in 2017.

McPhee made a name for herself after finishing second place on the fifth season of American Idol. She went on to release multiple albums, including several Christmas albums, and collaborated with music legends like Randy Jackson and Andrea Boccelli.

McPhee is also known for her acting career. She starred in TV shows like Smash, Scorpion, and Community; and movies like The House Bunny and You May Not Kiss the Bride.

Foster is a successful composer, producer, songwriter, and pianist. He has been nominated for 47 Grammys and won 16 of them. He has written and produced for stars like Christina Aguilera, Barbra Streisand, Celine Dion, Whitney Houston, Madonna, and Toni Braxton.