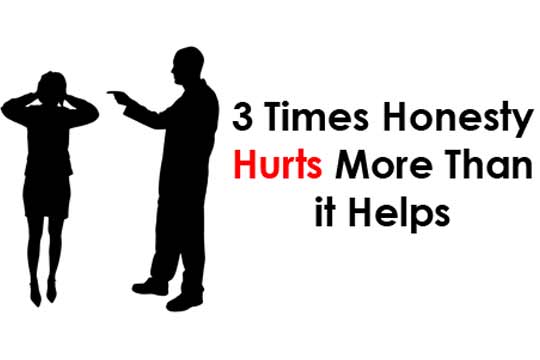 Most of the time, honesty is the best policy. However, there are some exceptions:

It can be a tool of aggression: Even if someone’s telling the truth, they might do so for the sole purpose of hurting someone else because they’re angry. People abuse truth-telling to build themselves up, while tearing others down.

You can hurt others by mistake: Being honest can sometimes hurt feelings without you realizing it. You probably wouldn’t want your boyfriend telling you that a dress makes you look fat, even though he’s being upfront with you. The key is showing compassion when you tell the truth.

The truth isn’t the same for everyone: There’s a difference between fact and opinion. If you only speak your truth, you may be shutting out those who think differently.