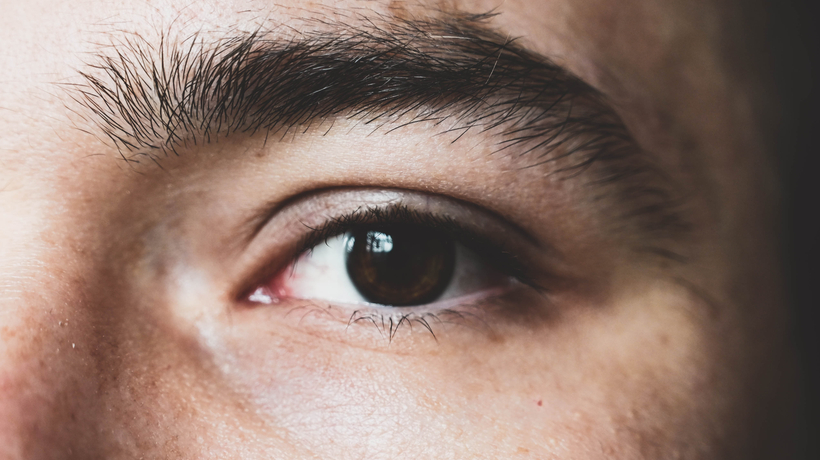 Featured image via Shutterstock and does not show Luis Riollano. Photo for representational purposes only.

Luis Riollano’s life changed on a dime in September 2021.

When 32-year-old Riollano, who already wore glasses, noticed his vision was getting cloudy, he wondered if his prescription was the culprit. Soon, he was unable to see any shapes or movements at all.

After visiting the eye doctor, Riollano got an answer that shocked him.

“When I got diagnosed with advanced cataracts, I was really really scared,” Riollano told TODAY. “Due to my age, the doctor was telling me that he suspected that maybe diabetes was at play.”

Riollano wore glasses for most of his life, and he says he could always tell when he needed a new prescription. About a year ago, he noticed sudden blurriness and changed his prescription. Everything was going well, until last fall.

By the end of September, his vision declined so much he was unable to take care of himself. He started to experience panic attacks and struggled to perform everyday tasks.

Dr. Tommaso Vaggini, an ophthalmology resident at New York Eye and Ear Infirmary at Mount Sinai, told TODAY, “the most interesting part was seeing someone who was very young, 31, who … was at a juncture where the vision in both eyes was not only at the point of legal blindness but also really past the point of functioning vision,”

Riollano didn’t have a family history of any genetic condition that would cause his blindness, which is why Vagaggini suspected it could be diabetes.

“By looking at his cataracts and seeing how hydrated they seemed, and then the symptoms of fluid, it just reminded me of a diabetic cataract,” Vagaggini said.

First, Vagaggini used a finger prick test on Riollano to learn about his blood glucose levels. His sugar was 464 mg.

“His glucose was through the roof, confirming our suspicion,” Vagaggini said. “That’s a point of being close to being dangerous to someone’s life.”

Riollano’s mom had Type 2 diabetes, but he hadn’t noticed any of the symptoms. He felt thirstier than normal, but was active as usual.

Doctors had big hopes that the cataract surgery would restore some of Riollao’s sight.

“Point number one was to try and get as much of the vision back with the caveat at the time that we didn’t know what else went on in the back of the eye,” Vagaggini said. “We had no view.”

During surgery, doctors noticed Riollano’s capsular bag was very delicate and opening it presented a challenge. Next, they had to select the correct lens to replace the old one.

In the end, they picked the correct lens, and his vision in one eye was restored.

“It was weird. I felt like I had a curtain on the front of my other eye,” Riollano said. “Seeing out of one eye is way better than not being able to see at all. It was difficult because I lost my hand-to-eye coordination.”

Three weeks ago, he underwent surgery for the remaining cataract. The outcome was just as good.

While Riollano is grateful for the successful surgeries, he hopes his story encourages others to schedule regular visits to their doctor.

“I didn’t know that I had diabetes,” he said. “You never know when it is going to be too late when you finally go to the doctor.”