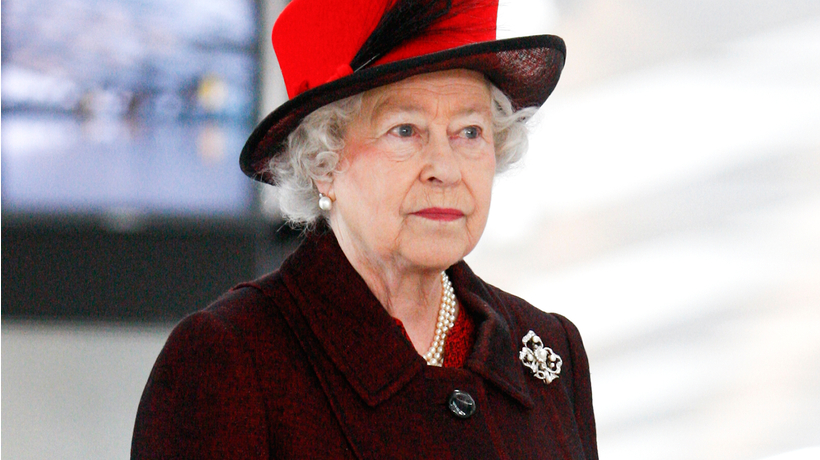 Queen Elizabeth is well-known for her chilly expressions. While the 95-year-old monarch flashes the occasional smile, she is rarely seen conveying a variety of emotions in public.

The Queen is rooted in stoicism, but according to royal biographer Robert Hardman, those who work closely with her have learned how to tell when she’s less than pleased.

“Most know that there are two hazards to be avoided when meeting with the boss: ‘the Line’ and ‘the Look,’” Hardman writes in his upcoming biography, Queen of Our Times: The Life of Queen Elizabeth II.

In the biography, one senior advisor describes the first time he was on the receiving end of ‘the Look.’ “There’s a withering look, and it looks you up and down, and it was terrifying when it first happened to me,” he said.

‘The Look’ starts with an eyebrow, officials say. It then progresses into both eyebrows, and finishes with a firm ‘are you sure?’ according to Hardman.

Also in Queen of Our Times, Hardman describes the time a courtier was faced with one of her nefarious looks.

“Another retired courtier still remembers the glacial stare after a mix-up over timings at a state banquet,” Hardman writes. It was luckily all resolved with an apology the next day, but not before 24 hours of discomfort.

“The silent reprimand can be triggered by incompetence or else by overfamiliarity,” he continues.

As former Prime Minister, Tony Blair, wrote in one of his memories, “occasionally she can be matey with you but don’t try to reciprocate or you get ‘the Look.’”

Queen of Our Times paints a “definitive portrait of Queen Elizabeth” on the seventieth anniversary of her reign.

Hardman is the author of Her Majesty and Queen of the World, in which he examines the queen in a modern light. His new book focuses on unpublished Royal Family papers and photographs, along with personal stories from other world leaders.

The new biography will be out on April 5th of this year.