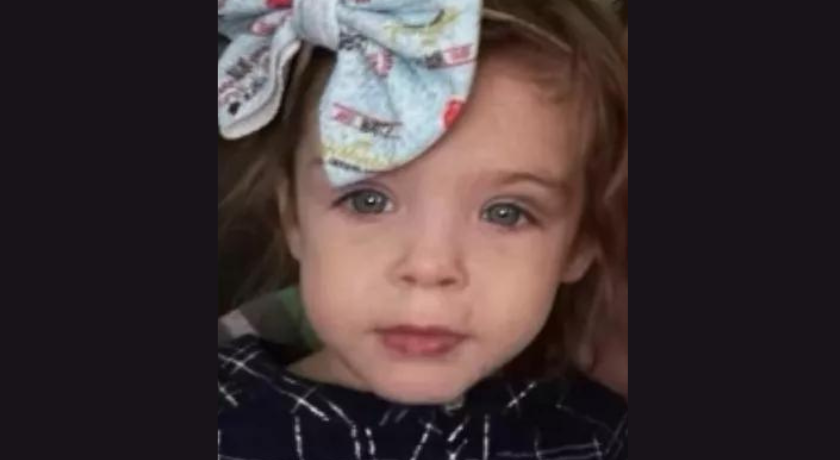 UPDATE 01/18/2023: The remains of Athena Brownfield were located near Rush Springs, OK. Alysia Adams has attested that Ivon Adams beat Athena on Christmas night and that the 4-year-old succumbed to her injuries. Alysia Adams also claims that Ivon buried the child in their yard, before fleeing to Arizona. As of Tuesday, Ivon Adams has not entered a plea. Alysia Adams has plead not guilty to two counts of felony child neglect and is being held on half a million dollars cash bond.

UPDATE 01/17/2023: The OSBI announced Monday that they are transitioning their search for Athena Brownfield to a “recovery mission”, rather than a rescue. Brownfield’s biological parents have been contacted by police, are cooperating with the investigation, and are not persons of interest. It is still unclear if Ivon or Alysia Adams have acquired legal representation.

UPDATE 01/16/2023: The caregivers of Athena Brownfield, Ivon and Alysia Adams, have been separately arrested and taken into custody. Alysia Adam’s arrest was announced on Thursday, January 12th. She has been charged with two counts of child neglect. Ivon Adam’s arrest was announced Friday, January 13th, after he fled Oklahoma and was located in Arizona. Ivon Adams was arrested on outstanding felony warrants issued by Oklahoma, for child neglect and first-degree murder. Ivon Adams is awaiting extradition to Oklahoma and is held on a $1 million cash bond. It is unclear if either Ivon or Alysia Adams has hired legal representation. A representative of the Oklahoma State Bureau of Investigation has stated that the search for Athena Brownfield is still ongoing.

Authorities in Cyril, Oklahoma are still searching for a 4-year-old girl, Athena Brownfield, after her 5-year-old sister was found by a postal worker on Tuesday wandering the streets alone. The Oklahoma State Bureau of Investigation (OSBI) provided an update yesterday on their Facebook page.

“The Oklahoma Highway Patrol (OHP) Emergency Response Team (ERT) concluded a grid search with local volunteers. Those volunteers have been released after searching the entire town, every known vacant house and local waterways.”

The OSBI Public Information Officer (PIO), Brook Arbeitman, spoke on the matter, as well, talking about “relevant items” gathered around the town.

“I’m not going to call them evidence, but we are finding things around town that could be helpful to this case.”

Athena was first deemed missing after her sister was found by the postal carrier. Because of this, according to Fox 25 News in Oklahoma, “While OSBI cannot confirm for certain how long Athena has been missing for, Arbeitman said they can confirm that Athena’s sister did not require any medical care after she was found. OSBI says she is currently in the protective custody of the State.”

“We’re still working on piecing together the exact timeline,” Arbeitman said in a statement. “I can confirm that the investigation kicked off [Tuesday] around 2 p.m. when the postal worker found the five-year-old. We’ve been looking for Athena nonstop since the original call came into the police department.”

According to Arbeitman, in addition to the OSBI, the OHP, and local volunteers searching for Athena, the National Center for Missing and Exploited Children, the Comanche Nation (a local Native American tribe), Fort Sill (a local army post), and the Caddo County Sheriff’s Office are also aiding in the search.

The OHP are also utilizing water and air support teams in their search.

“We’ve been in the air in helicopters with infrared, on the ground, around town there have been a lot of grid searches on foot and on four-wheelers, things like that,” according to OHP Trooper, Eric Foster.

However, the OHP has yet to issue an Amber Alert due to certain guidelines required for it to be initiated.

Foster stated, “There’s specific guidelines and things that we have to follow. Not every part of that guideline came into play in this. So the next best thing that we could do was issue a Missing and Endangered notification that went out in a 15-mile radius from where she went missing.”

The OSBI acquired a warrant on Wednesday to search Athena’s house for any additional clues that could lead to the whereabouts of the 4-year-old.

It is unknown if anything useful has been recovered from the home.

At this time, OSBI is asking any businesses and/or residences have surveillance cameras or doorbell cameras, and if so, that they should report suspicious activity to Family Life Church in Cyril, where the command post has been established.

Community members are also asked to search their property for any clues.

The phone number of the Cyril Police Department–for any additional information anyone may have–is as follows: (580) 464-2216.