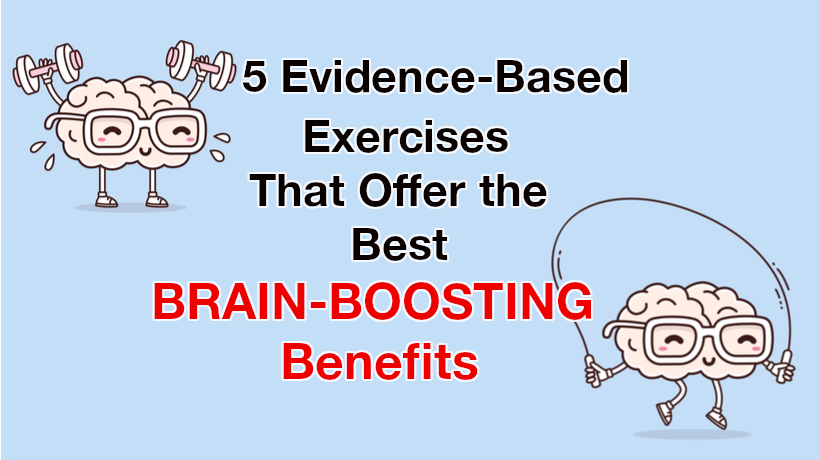 Feeling foggy and in need of a little pick me up? The day-to-day can sometimes feel mundane and not challenging enough for our brains once we’re used to a routine. Luckily there are brain-stimulating exercises we can do that have been shown to improve memory and cognitive functions. Here are five of the best:

According to the National Institutes of Health (NIH) research has shown that doing jigsaw puzzles recruits multiple cognitive abilities and is a protective factor for visuospatial cognitive aging. When you look at different pieces and figure out where they fit it can be a great way to challenge and exercise your brain.

According to the NIH, researchers who conducted a study in 2015 mentally stimulating activities for adults, say a quick card game can lead to greater brain volume in several regions of the brain. The same study also found that a game of cards could improve memory and thinking skills.

Some ideas for card games are:

Build up your vocabulary

Research from the NIH shows that many more regions of the brain are involved in vocabulary tasks, particularly in areas that are important for visual and auditory processing. Try keeping notes of unfamiliar words while you read, learn the definition and incorporate it into your vocabulary the next day.

Dance your pants off

Believe it or not the Centers for Disease Prevention and Control (CDC) notes that learning new dance moves can increase your brain’s processing speed and memory. So give it a shot whether you’re taking a YouTube Zumba class or dancing out a night with your friends.

Learn a new skill or a new language

According to the NIH, learning a new skill can help improve memory function in older adults. As for learning a new language, according to numerous studies, bilingualism can contribute to better memory, improved visual-spatial skills, and higher levels of creativity. Being fluent in more than one language may also help you switch more easily between different tasks, and delay the onset of age-related mental decline.