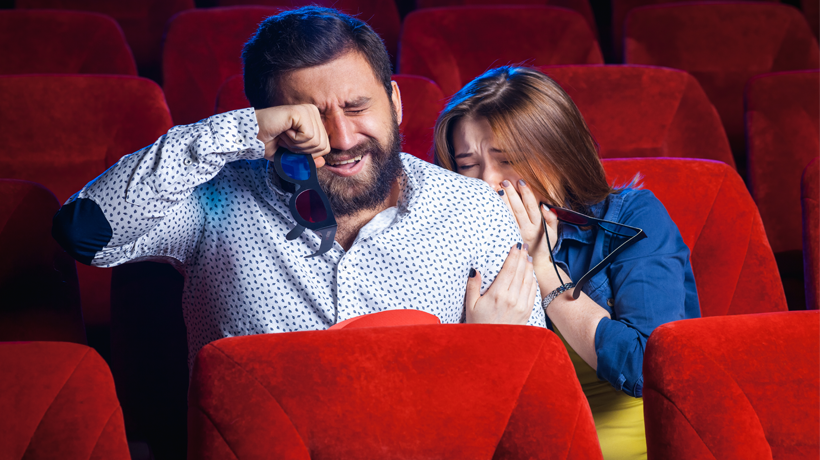 There are certain movies that speak to the male sensibilities in a special way. While a “chick flick” can be moving, they rarely have the key to a man’s emotional vault.

I’ve seen lists of other movies, and they’re pretty accurate, but for me, these 5 just soften me up like butter. They’re beautiful, tragic, heroic, sad, joyful. If you want to get into a guy’s soft squishy parts, these might do the trick.

Marley and Me
Oh boy. This movie is about a family and their dog starring Owen Wilson and Jennifer Aniston. As they grow and undergo life challenges, their troublesome dog is center stage. I’m not even a dog person (I’m 100% cat) but the love and loyalty and humor and companionship in this film raise emotional stakes to their max. It’s a great movie.

The unassuming title fooled me and I thought it was just a “chick flick.” So it took me by surprise and floored me. A good way to sneak in a tear jerker.

The Shawshank Redemption
This is thought of as kind of a guy movie, but I don’t know anyone of any gender that hasn’t liked it a lot. If you are one of the 3 people who hasn’t accidentally watched this movie (it’s on TV constantly!) then let’s just say, there’s prison, incarceration, a quest for meaning, freedom, and Morgan Freeman. It’s not one of my favorite movies of all time, but it never fails to deliver on the heart strings.

The Iron Giant
Really, an animated movie about a robot? Yup. The Iron Giant is a creative repackaging of the ‘a boy and his dog’ story, where a giant robot learns how to love from the young boy that finds him. It sounds cheesy, but it’s not. I love this movie – so much in fact, that I can only watch it when I have a cold to cover up all the tissues and sniffling.

Brian’s Song
This was actually a made-for-tv movie from 1971. Because of that, I suppose it would be a hard sell to convince someone to sit down and watch it. It stars James Caan and Billie Dee Williams and it’s a sports-themed movie. If you’re scoffing, I don’t blame you. But if you find it and watch it you’re going to see what a perfect storm of beauty and pain this oldie but goodie really is.

Saving Private Ryan
Okay, once you get past the incredibly gripping scene on the beaches of Normandy you get into a moving story of loss and heroism that moves across time. I’m not a lover of war movies, and this is a war movie, but it’s also so much more. War touches hearts in a unique way for better or worse. It would be pretty easy to convince most guys to watch it for the graphic recreations of war alone, but they’ll stay for the emotional heft.