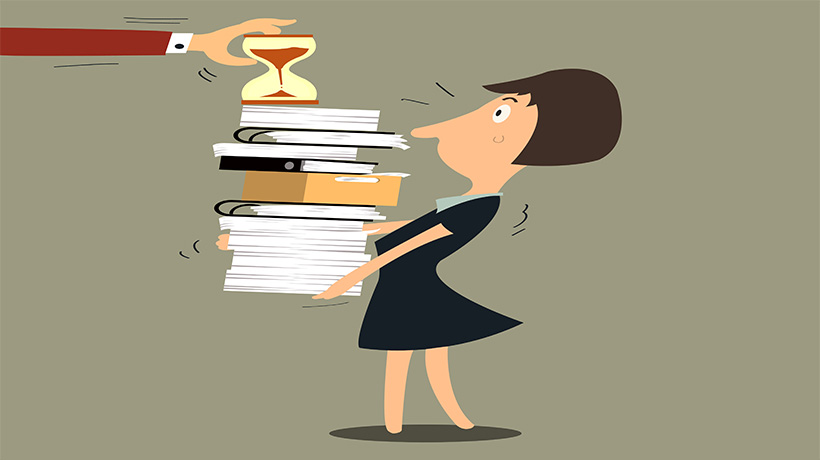 Two weeks ago a friend called me on his way home. He wanted to leave his job so much he was literally dreaming about it at night. If you’re feeling a lot of empathy for him it’s likely you’re feeling the same way about your job or you have felt that way in the past. Hopefully it’s the latter—but if you’re in a similar situation and feel like you’re being pushed to your limits, here are five things to keep in mind:

Don’t feed the negative
If you’re constantly feeling on edge, you could probably talk non-stop about what’s wrong with your job.  But that’s part of the problem—you’re talking non-stop about how bad things are—even if that talk is all inside your head. We’re all human, so go ahead and allow yourself to be negative some of the time—then move on to the positive. In essence, focus on what you want, not what you don’t want.

Find the positive
Whether it’s a bad job or a bad relationship, not everything is awful about it. At the very least, the fact that you can one day leave that job or that relationship gives you a vision to move towards. You have to intentionally look for anything and everything you can that is on the positive side of things. If you can’t do that, skip ahead to the third point in this post.

Make a plan
If you’re being pushed to the edge at work, you have to take charge of your work life. Can you improve things in your current job? If so, make a plan and make it happen. If you say you can’t make things better, are you one hundred percent sure you can’t? Because if you’re right, that means you need to make a plan to get new work. Yes, I know that’s hard and it might take you a while. Do it anyway. Just don’t try to do it by yourself.

Get more support
It’s really amazing how often people criticize themselves. I’m talking about bright, attractive, hard working, caring and successful people. People criticize themselves for not losing weight, not saving more money or for putting up with a loveless relationship. The truth is, they’re doing the best they can with what they have. It’s what they don’t have that’s “holding them back”—and what they don’t’ have is the support they need. Don’t you make that mistake. Get the support you need, whatever that means.

Live your life
When things aren’t going so well in one part of life, it’s even more important to draw positive energy from other areas. If work has been depressing you, resist the urge to isolate and worry about your work life. Get with your friends and have some fun, you deserve it. Volunteer with an organizaiton that is doing something you believe in. When work is not going well, that’s the time to gain as much positive energy as you can from other areas of your life.