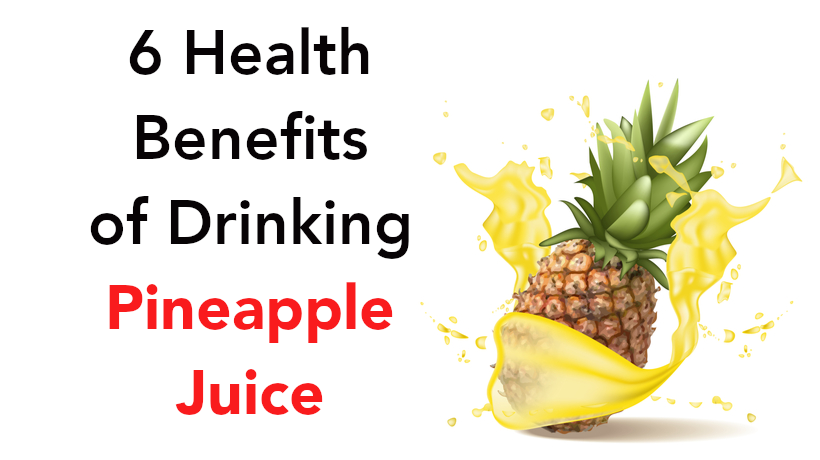 Registered Dietician Alina Petre says that pineapple juice provides a concentrated dose of various nutrients. “Pineapple juice is particularly rich in manganese, copper, and vitamins B6 and C. These nutrients play an important role in bone health, immunity, wound healing, energy production, and tissue synthesis.” According to the USDA (U.S. Department of Agriculture), it also contains trace amounts of iron, calcium, phosphorus, zinc, choline, and vitamin K, as well as various B vitamin.

Antioxidants help protect your body from damage and disease. The NIH (National Institute of Health) claims it does so by neutralizing unstable compounds known as free radicals, which can build up in your body due to factors like pollution, stress, or an unhealthy diet and cause cell damage.

3. It Can Suppress Inflammation

Pineapple juice can suppress inflammation mainly because it contains bromelain. Bromelain is a group of enzymes that may reduce inflammation, improve digestion, and boost immunity. Some research conducted by the NIH suggests that this compound may be as effective as non-steroidal anti-inflammatory drugs (NSAIDs) but with fewer side effects. Many European countries use bromelain to reduce inflammation caused by trauma or surgery, as well as to treat surgical wounds or deep burns.

In a clinical study published by the NIH, it is explained that enzymes in pineapple juice function as proteases. Proteases help break down protein into smaller subunits, such as amino acids and small peptides, which can then be more easily absorbed in your gut. Therefore, healthier digestion! It can also protect your gut from harmful, diarrhea-causing bacteria, such as E. coli and V. cholera, and reduce gut inflammation in people with inflammatory bowel disorders.

6. It May Promote Heart Health

In animal studies published by the NIH, it is suggested that bromelain may help reduce high blood pressure, prevent the formation of blood clots, and minimize the severity of angina pectoris and transient ischemic attacks (health conditions caused by heart disease.) It is important to note that this specific study was done on bromelain, the enzyme found in pineapple juice, but not on pineapple juice itself.