6-Year-Old Found Dangling Upside Down From Tree After Tornado 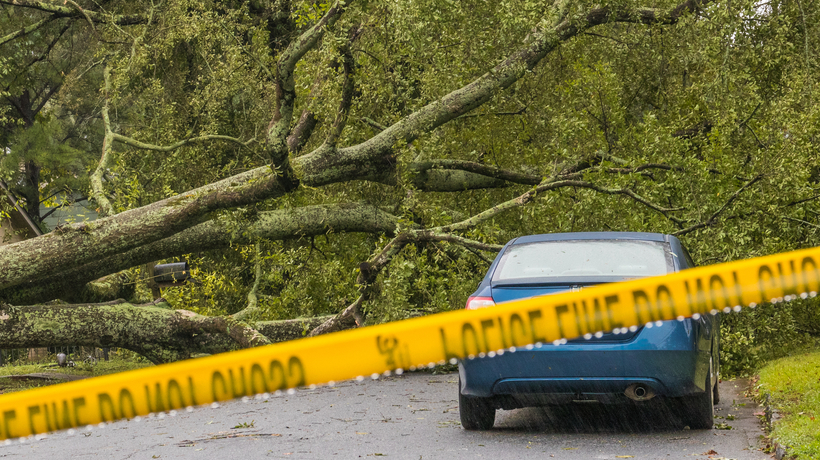 After a tornado tore through central Texas last week, 6-year-old Miriam Rios was found unconscious and dangling upside down from a tree hundreds of feet from her family’s mobile home.

According to New York Daily News, Miriam and her family were inside their trailer on Tuesday when the twister hit the city of Salado and destroyed their trailer park. The family tried to evacuate, but were forced to turn around after it began to hail.

Though little Miriam suffered the most severe injuries, her entire family was taken to the hospital for treatment. Miriam’s 1-year-old brother Ezra was also flung from their home and found in a nearby field. Miriam and Ezra’s parents, Joel and Vanessa Rios, were tossed by gusts within the home. Tragically, Vanessa, who was pregnant, learned at the hospital that she had suffered a miscarriage.

As of Saturday, Miriam remained hospitalized.

Vanessa’s brother, Stephen Perez, told KWTX that members of the Rios family had been ‘in and out of surgeries to address broken pelvic bones and spinal cord injuries.’ Meanwhile, their home is in ruins.

“[The tornado has taken] everything they’ve worked so desperately hard for,” he said. “It’s just the foundation that’s left. There’s absolutely nothing.”

Bell County Judge David Blackburn said in a news conference last week that the tornado injured 23 people, including one in critical condition. Miraculously, no fatalities have been reported.

Miriam is healing from her injuries, and according to the New York Post, celebrated her seventh birthday from her hospital bed on Saturday.