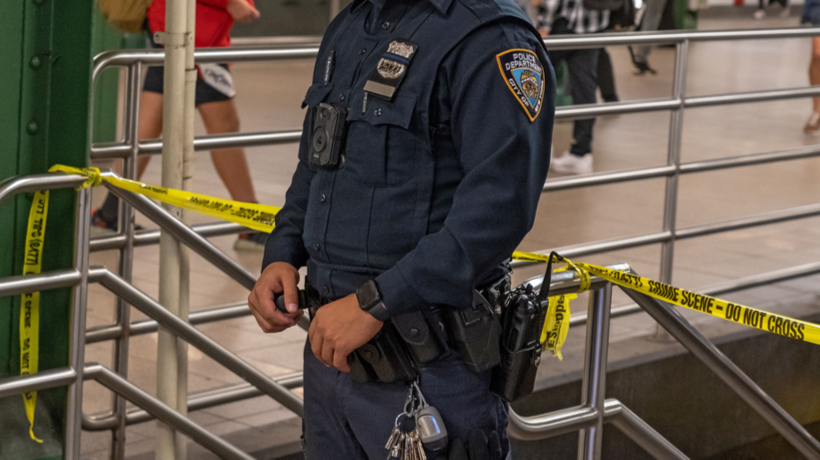 New York City is celebrating the man who spotted Frank R. James —  the alleged Brooklyn subway shooter — and reported him to the police.

Zack Tahhan is a security camera technician and works on equipment at a shop near St. Marks Place and First Avenue in Manhattan’s East Village. Tahhan said he spotted the suspect casually walking down the street through a security camera.

Since Tuesday, there had been a city-wide manhunt for James after police say he opened fire into a crowded subway in Sunset Park.

Tahhan followed his instincts and ran out into the street to warn people around him before  flagging down police officers.

Police said they received a tip that James was in a McDonald’s less than two blocks away from where Tahhan was. Officials say it appeared James called in the tip himself.

Video shows James being escorted into a squad car in handcuffs.

#ThankYouZack is trending on Twitter to celebrate Tahhan’s heroism. Under the tag, users  are using this hashtag to share videos of his press conference.

Tahhan said the subway shooting had “terrified” him over the past 24 hours, and he knew in a heartbeat that he saw the man police were looking for.

“I cannot breathe, I cannot sleep too,” he said. “I want to try to work, I cannot because this guy, he put me in trouble when he…maybe (the victims) have kids, maybe have family.”

James was taken into custody and will face federal charges which could land him in prison for a lifetime.