7 Signs the Body Is Craving More Vitamin B3 (Niacin) 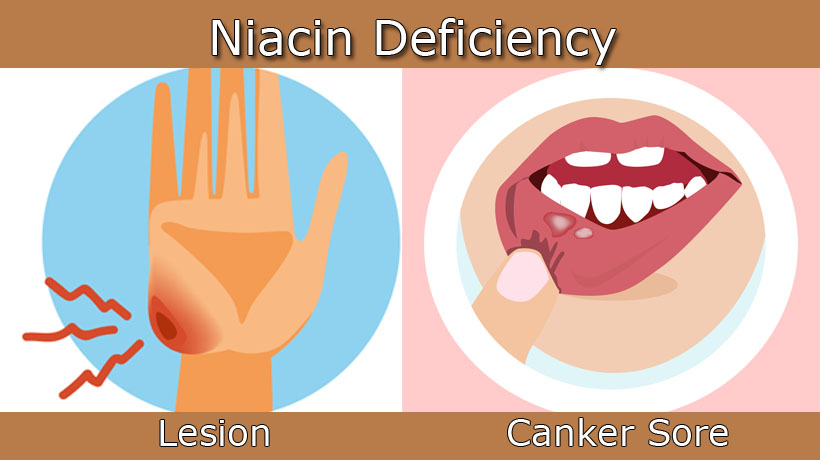 While it’s not fun to experience changes in your body that make you feel uncomfortable or ill, these changes are beneficial because they allow us to detect that something is wrong internally. This is why it is so important to address these changes by seeking a professional’s opinion, who might suggest further investigation for a full diagnosis.

Often, our bodies change when we’re lacking proper nutrition in some capacity, such as a vitamin deficiency. Vitamins like vitamin B3, or niacin, are important for every part of the body to function properly. As a supplement, niacin may help lower cholesterol, ease arthritis and boost brain function, among other benefits.

While it’s less common, some people experience a deficiency in this vitamin, which can have a negative effect on quality of life. Here are seven signs your body is craving more vitamin B3.

Diarrhea
Another common side effect of a B3 deficiency is experiencing diarrhea. It is considered one of the primary ways to determine this deficiency. Diarrhea is often bloody because of bowel hyperemia and ulceration, and this usually occurs later in the deficiency.

Depression
A lack of vitamin B3 can also lead to depression if it goes untreated. A common result of a vitamin B3 deficiency is a change to the central nervous system, which can include brain involvement like psychosis, which includes symptoms like depression and paranoia.

Memory loss
Just as depression is a result of a lack of vitamin B3 on the brain, so is memory loss. This is because a deficiency of vitamin B3 also leads to cognitive decline, which can include memory loss as well as dementia.

Headache
Similarly, a lack of vitamin B3 can have an effect on the head, in the form of a headache.

Canker sores
Another effect that a vitamin B3 deficiency can have on the skin tissue, is that it can cause canker sores in the mouth and in other mucous membrane systems. In the mouth, these sores often appear under the tongue, on the mucosa of the lower lip, and opposite the molar teeth.