8 Vintage Toys That Have Sold For a Fortune – Check the Attic! 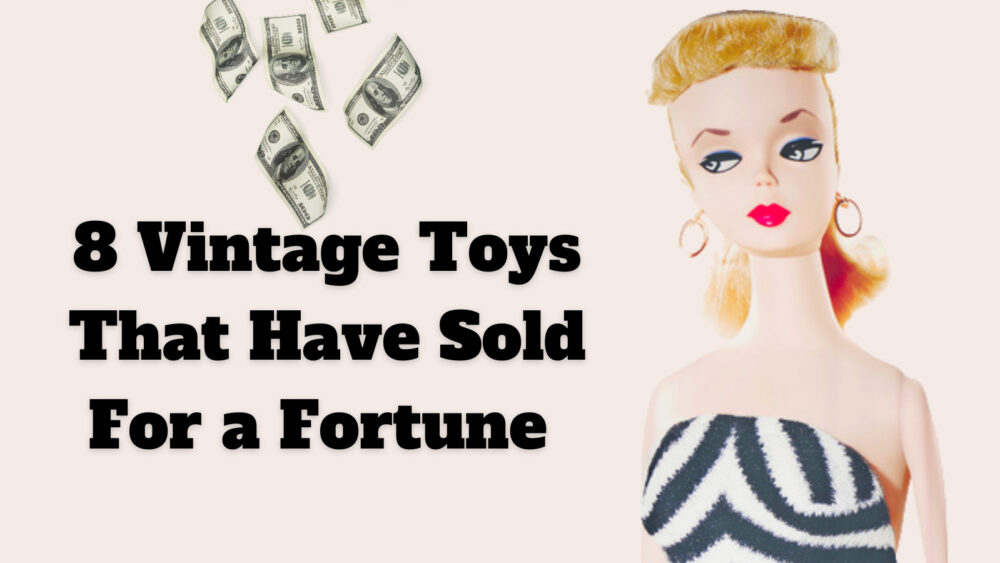 Spring cleaning season is a time to clear out basements and attics of unwanted junk or unused items, but you might find that you’ve also been sitting on a fortune.

As is true with many types of products, toys from decades ago are now classed as vintage. You know how it goes: as time passes after production halts, items become more rare, and therefore, more sought-after. Years later, those items still floating around might end up worth their weight in gold!

From Barbies to comic books, below are 8 vintage toys that have sold for a huge chunk of change. It might be time to head to your attic and brush off the dust!

The first ever Barbie doll has luscious golden hair, a black and white striped bathing suit, and blue eyeshadow. According to The Richest, you can tell if your doll is from a first edition batch by checking for holes in the bottom of her feet — the second edition had solid feet.

2. Signed First Edition of Where the Wild Things Are Book

The 1963 copy of the classic children’s book, which was in pristine condition, sold on AbeBooks.com.

At a Sotheby’s Star Wars auction, a mega fan dished out the massive stash of cash for a Luke Skywalker action figure from 1978.

The Atari 2600 game console, which was released in 1977, has been called one of the worst game consoles of all time. However, people who held onto their game cartridges might now get a huge payoff!

After being released in stores worldwide in 1964, G.I. Joe Action figures quickly became one of the most iconic toys of all time.

These days, some G.I Joe collectable action figures and accessories are incredibly valuable. The Missile Command Center has sold for $17,500, and other figures have been known to sell for 10,000 or more.

But perhaps the biggest sale happened in 2003, when a G.I. Joe prototype action figure sold at an auction for a whopping $200,000!

Since its creation in Japan in 1966, Pokémon trading cards have become a worldwide phenomenon with millions of cards sold.

The Japanese-version Pikachu illustrator card has sold for insane figures for years, but most recently beat its record at nearly a million dollars!

An original “Honus Wagner” is considered to be the “Holy Grail” of baseball cards.

Only 50-100 copies of the issue that first introduced Superman were printed, making it a collector’s dream.