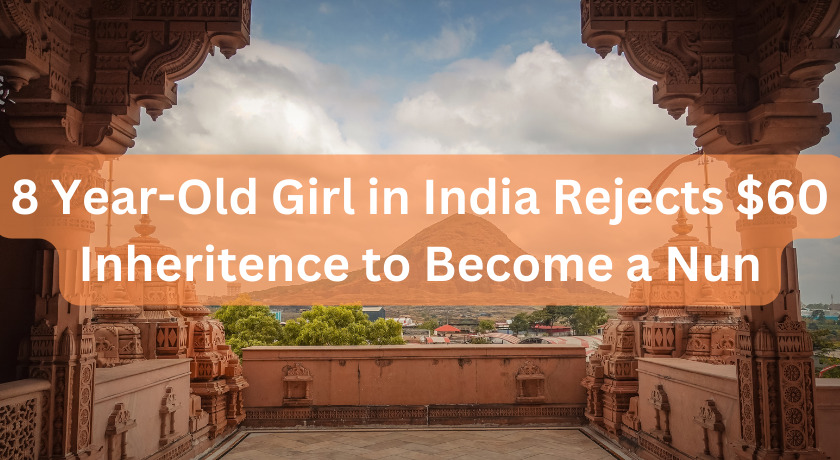 Devanshi Sanghvi, an 8-year-old girl from India, was to be heiress of a nearly $61 million diamond company as part of her inheritance from her parents. Instead, she decided to reject the inheritance and pursue a life as a Jain nun.

Jainism is one of India’s most ancient religions, according to National Geographic, going as far back as the first century BCE.

“Jainism teaches that the path to enlightenment is through nonviolence,” the site explains, “and reducing harm to living things (including plants and animals) as much as possible.”

Jains believe that everything in the world – from animals and plants, to elements like air and water – have souls, and so should be treated as such. Their nonviolent beliefs extend to everything that nature provides, including the act of not eating rooted vegetables because pulling the food from the ground kills the plant in the process.

Their core beliefs consist of, “always speak the truth, do not steal, show sexual restraint (with celibacy as an ideal), and do not become attached to worldly things.”

As for Devanshi, her family practices Jainism and she’s been eager to be a Jain nun for all of her short life as the ceremony commenced on Wednesday.

Devanshi showed religious inclination since she was a toddler,” said Nirav Shah, a family friend, according to People. “She has followed ascetic life since a very young age

The ceremony, known as “diksha”, was a four-day-long event that saw her ride in a carriage pulled by an elephant to a temple where she’d shed her possessions and officially enter Jainism. For the ceremony, she traded her clothing for a simple white outfit and shaved her head.