Ireland Baldwin Opens Up About the "Mental Warfare" of Pregnancy 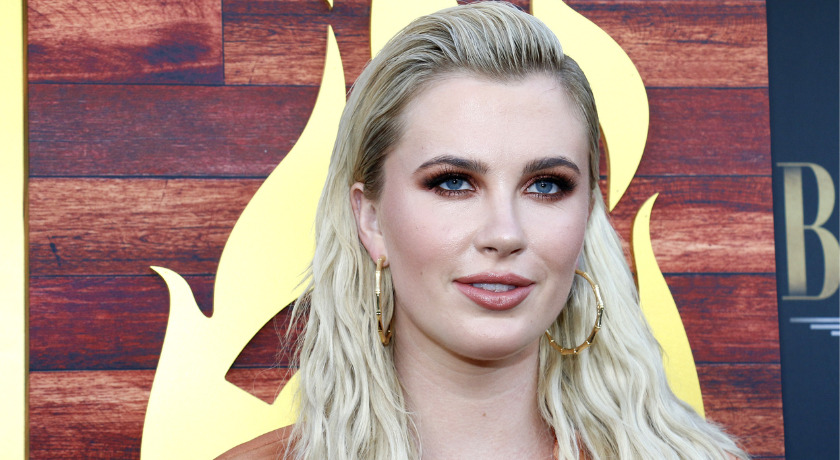 Ireland Baldwin, daughter of actor and producer Alec Baldwin, took to Instagram on Wednesday to express her difficulties in being pregnant.

In the post – which consisted of a collection of screenshotted texts – she clarifies that she wrote her message, not for “sympathy”, but in the hopes that “someone will read this and feel less alone.”

She chose to release her message on social media because, despite all the hate and toxicity that can sometimes be entangled within the digital world, it can be a place for connection and advice from people who may understand what you are going through.

“I’m only posting this because I personally have found a lot of comfort in unfamiliar corners of social media during this time in my life. Social media is very toxic and misleading but I have found community in times where I felt like no one understands […] I came across various posts and videos where people were just f—ing honest about how hard this journey can be and it’s helped me so much. Pregnancy is hard.”

Ireland is expecting her first child whom she’ll share with her boyfriend, RAC (born André Allen Anjos), a Portuguese beat-maker and record producer. As Baldwin details the physical strains that come with being pregnant, she also discusses the mental struggles she deals with.

“I’ve always wanted a baby with the right person,” she writes. “I grew up with a very jaded perception of what love really looked like and I always wanted to have a child of my own with someone who would treat us right and love us unconditionally.

“But I underestimated just how hard pregnancy would be on my mind and my body. Being someone who deals with extreme health anxiety on a daily basis, pregnancy turned things into high gear. I’ve struggled to adapt to these changes.”

Ireland recognizes that many people go through hard times during their pregnancy and not all pregnancies are the same. Understanding that her experience may not be anywhere near as hard as some other people’s, it’s still taking a toll on her mental stability.

“It’s so hard to have so much pressure on yourself. Forget the physical aspect… I feel like my brain and thoughts are going to war every single day. Mental warfare.

“I’m exhausted. I’m unmotivated,” she continues. “I feel like life is passing by and my career hasn’t even begun.”

Friendships can be hard for anyone to maintain for long periods of time. But as someone who is both pregnant and without many friends, Ireland writes about how her dwindled friendships and being far from family have impacted her mental well-being during her pregnancy.

“It’s hard feeling alone. I have my boyfriend who without him, I think I would have lost my mind. He’s everything and more to me but man, it’s hard moving somewhere with no family. It’s hard not being really close to family to begin with because they live far or are idiots that I want nothing to do with. It’s harder seeing other people go through this and have their parents close by.

“It’s even harder watching some of your friends fade away or not know how to relate to you anymore […] It’s hard making new friends at 27 years old. It’s hard keeping old ones close when they’re so far away. It’s hard when your closest friends have their own s–t going on and you don’t know when’s a good time to emotionally dump on them. This s–t is hard.”

Although it’s been a difficult process for her so far being pregnant, Ireland is still hopeful and excited to be a mother, no matter the journey she has to take to get there who will go with her all the way. She concludes her message with words of encouragement and assuredness.

“And even through all of this, none of this reflects on how excited I am to be her mom. My career isn’t going anywhere and if it is, f–k it. The friends that mattered most will be there and you’ll have more room for new friendships.

“All of this is still worth it,” she adds, “but it’s okay to admit how hard and scary it all can be. You are not alone.”

Many people, including her cousin Alaia Bladwin, reached out to Ireland via the comment section of the post, sharing their gratitude for her and showing support as she gets through these trying times, as anyone who’s ever been pregnant can attest to.