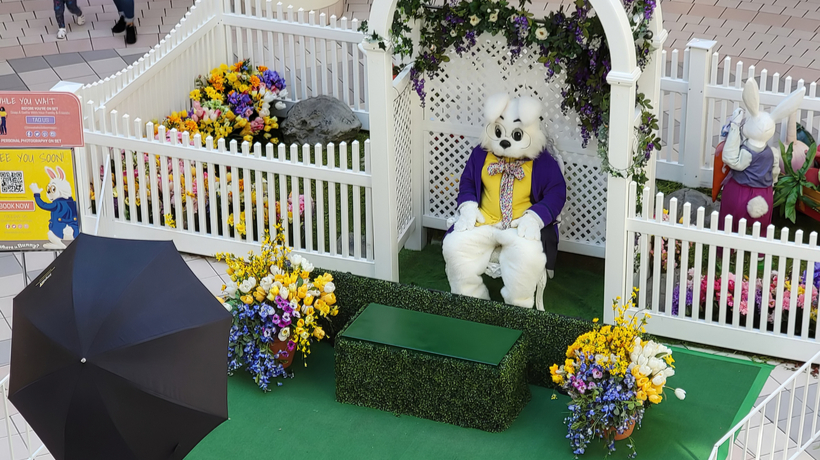 What was supposed to be a happy Easter memory turned into a living nightmare for 9-year-old Ava Moraga, who is in stable condition after being shot while waiting in line to see the Easter bunny at a Victorville, CA mall on Tuesday.

According to an initial news release by the Victorville Police Department, the incident occurred around 6:30 p.m. at the Victor Valley Mall. On Wednesday, police revealed that they had identified the suspect as Marqel Cockrell, co-owner of Sole Addicts, a shoe store located in the mall.

According to the update, investigators determined that Cockrell, 20, fired his gun while chasing two shoplifters out of his store, though he missed and struck the 9-year-old instead. Ava was transported to a local hospital for treatment. Cockrell fled the scene, but at around 9 p.m. the Nevada Highway Patrol found him in his car.

“No child deserves this she was at the mall going for Easter pictures with the bunny,” her mom, Natalie Moraga, wrote in the description of a GoFundMe campaign.

“She [is] such a sweet loving girl and loves reading her books, she is suffering from 2 gunshot wounds, and her arm is broken!”

Police say that Cockrell was booked in at the Clark County Jail on an extraditable warrant, for attempted murder, in the amount of $1,000,000.

On Wednesday, the other co-owner of Sole Addicts made an Instagram post, addressing the shooting and calling for justice for Ava.

“I’m at a lost of words right now WE ALL ARE!!!! This is co-owner from sole addicts Reaching out to everyone regarding on what happened on April 12,” she wrote. “The shop will be closing down soon and will remain shut down!!! I’m doing what’s right for our dear lovely 9 year old girl Ava!!! She deserves her justice!!! And I am %100 with you Ava you are one strong little girl!!!”

Callers wishing to remain anonymous are urged to call the We-Tip Hotline at 1-800-78CRIME (27463), and can also leave information on the We-Tip website at www.wetip.com.