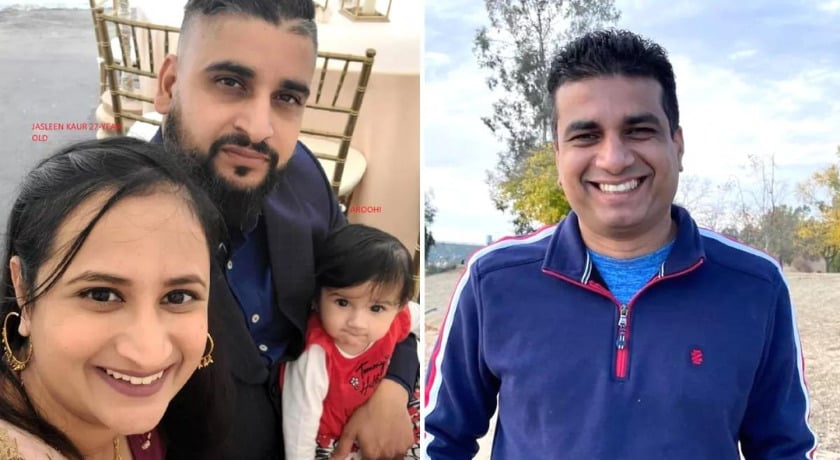 A family of four was kidnapped on Monday from their family trucking business in Merced, a city in central California.

The family included 8-month-old Aroohi Dheri, her parents Jasleen Kaur and Jasdeep Singh, along with Jasdeep’s brother, Amandeep Singh. According to CNN, they were kidnapped at gunpoint, as seen on video footage. The investigation began Monday at 11:39 a.m., when the sheriff’s office stated it “believed the family was ‘taken against their will.’”

This was later confirmed by video footage which recorded the kidnapping, the New York Times reports. Jasdeep and Amandeep were seen being escorted out of their family business at gunpoint, restrained by zip ties, and taken away in a pickup truck. The same truck returns around six minutes later, taking Ms. Kaur and Aroohi.

The initial investigation began after a pickup truck belonging to Amandeep Singh was found late Monday morning, says CBS. The truck had been set on fire and left on a rural road in Winton, California, just two miles north of Atwater. When police were unable to contact Amandeep, they spoke with another family member, who was equally unsuccessful in contacting him, and later reported the four individuals missing by early Monday afternoon.

The four family members were found dead on Wednesday night at around 5:30 p.m. when a farmworker in the area discovered them in a rural field and notified the authorities. “We have no motivation behind it,” stated a source from CNN.

A person of interest was taken into custody on Tuesday after his supposed involvement was reported to authorities by his family members. The 48-year-old man attempted to take his life at a residence in Atwater before his arrest.

Sheriff Warnke reported that the person of interest, Jesús Manuel Salgado, began to speak with authorities on Wednesday, though the department has not yet shared what Mr. Salgado said or if any charges have been filed against him. Mr. Salgado was previously convicted of a robbery, in 2005, which had involved a firearm, though there was no “major contact” between police and Salgado since his 2015 parole.

The police have yet to identify any accomplices, though it is possible that another person was involved in the incident. No ransom demands were made, according to Warnke’s statement in The Guardian, and investigators have found no evidence that the suspect and the family knew each other previous to the kidnapping.