Amber Heard Fights for Herself in Court Claiming Johnny Depp Punched, Choked and Threatened to Kill Her 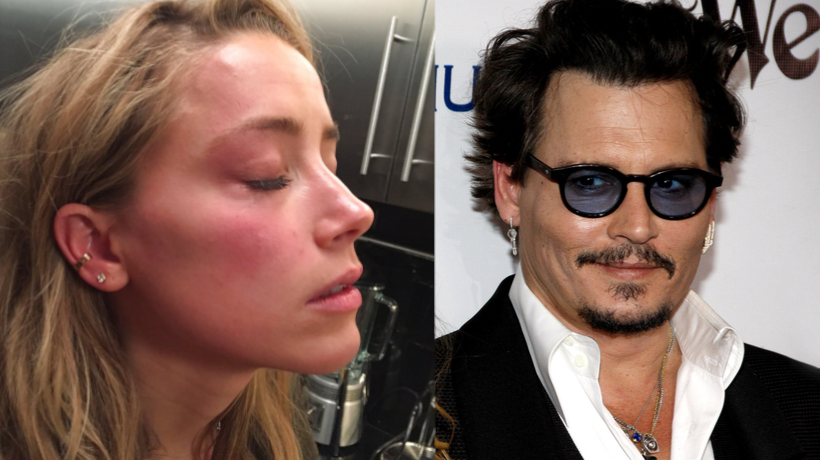 Heard wrote that Depp regularly made the threat, especially later in their relationship. She added that he also consistently was “punching, slapping, kicking, head-butting and choking,” during their time together.

Heard’s testimony was released as she took to the witness box in the British capital’s Royal Courts of Justice, where she began three days of evidence as part of Depp’s libel case against The Sun newspaper over a 2018 article that labeled him a “wife-beater.”

The actress broke down in tears in the witness box today as she recalled the “three-day hostage situation”.

She stated she was left with scars on her arms after cutting herself on shards of glass left on a counter from where Depp chucked bottles at her. The star also told the High Court she feared Depp would kill her in Australia in 2015. The pair were in a secluded house while Depp was filming Pirates of the Caribbean.

Recounting the horrible experience Heard said, “He grabbed me by the neck and pushed me down against bar then hit me, choked me and spat in my face. He was putting so much pressure on my neck, I couldn’t get any words out, and I couldn’t get a purchase on the countertop because of all the liquid and broken glass.”

Recalling the alleged attack, she said: “The best way I can describe what happened in Australia is that it was like a three-day hostage situation. I was in a remote house, at least 20 minutes from help; where I could not leave; was trapped and isolated with a violent person suffering from manic depression, bipolar disorder and a pattern of repeated, drug-induced psychosis and violence, who was on a multiple-day drug and alcohol binge.”

“Over the course of those three days, there were extreme acts of psychological, physical, emotional, and other forms of violence. It is the worst thing I have ever been through. I was left with an injured lip and nose and cuts on my arms.”

Heard also stated that Depp grabbed her by the neck, shoved her against the fridge and said he could “crush” her neck. He then tore her nightgown off so she was naked and shoved her against a bar as he had “strange, paranoid hallucinations”, the court heard.

“I remember thinking he was going to kill me in that moment.”

Depp had accused Heard of severing the tip of his finger when she chucked a bottle of vodka at him. Heard denies the claims and states his injury occurred when he smashed a phone against a wall in a drugged-up frenzy. A photo shown of the grisly scene after the bust-up shows blood splattered on the floor of a bar area in the couple’s swanky pad.

Heard is on day two of her evidence after a day in court. She is set to spend another two days in the witness box and will go face-to-face with Depp. Depp is referring to her as a “wife-beater.” He also called his ex-wife “calculating, sociopathic and emotionally dishonest” as he accused her of “building a dossier” of false allegations as an “insurance policy”.