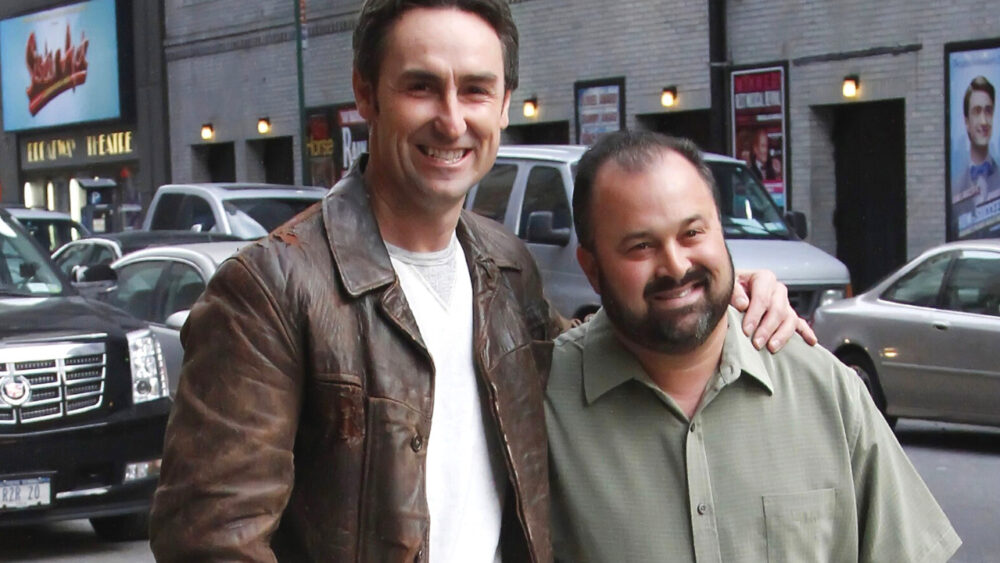 Frank Fritz, former co-host of the TV show American Pickers, has been hospitalized after suffering a stroke.

The news was broken by his co-star Mike Wolfe on Thursday in an Instagram post. Wolfe wrote: “I have been very private in the past year in regards to Frank’s life and the journey he’s been on. There has [sic] been lots of opinions in regards to mine and Frank’s friendship and the show but now is not the time to set the record straight. Now is the time to pray for my friend.”

Wolfe added, “Frank has suffered a stroke and is in the hospital. Please keep him in your hearts and thoughts.”

Wolfe ended his heartfelt message by hoping for Fritz’ recovery, despite not having any contact with him for years. “Frank I pray more than anything that you make it through this okay,” he wrote. “I love you buddy.”

The History Channel’s reality series American Pickers, which first debuted in 2010, followed Wolfe and Fritz as they traveled across the nation to “earn a living by restoring forgotten relics to their former glory, transforming one person’s trash into another’s treasure,” per History.com.

After Fritz left American Pickers, he admitted in an interview that he and Wolfe hadn’t talked in two years.“I haven’t talked to Mike in two years,” Fritz said. “He knew my back was messed up, but he didn’t call me up and ask how I was doing. That’s just how it is.”

While Wolfe never explained the reason behind the two falling out of touch, he did say in a statement to People that Wolfe was like a “brother” to him.

“I have known Frank for as long as I can remember, he’s been like a brother to me. The journey that Frank, Dani (Danielle) and I started back in 2009, like all of life, has come with its highs and lows, blessings and challenges, but it has also been the most rewarding. I will miss Frank, just like all of you, and I pray for the very best and all good things for him on the next part of his journey.”

Fritz later admitted to The Sun that he had recently checked into rehab after struggling with alcohol addiction, and was later fired from American Pickers.