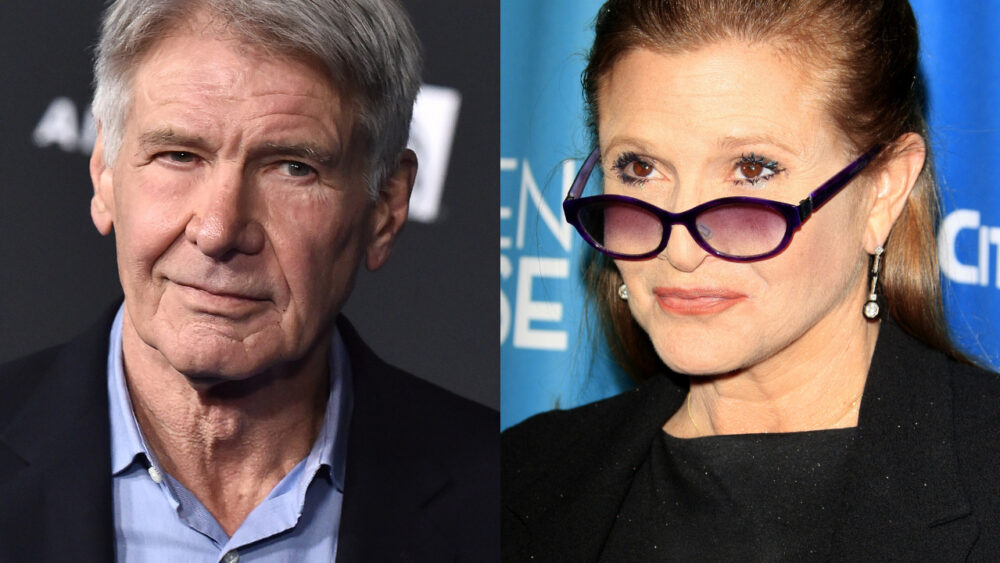 “You’re right, I shouldn’t have told that story.”

Just weeks before Carrie Fisher died in 2016, she was making the rounds doing interviews to promote her book, The Princess Diarist. Both in the book and in her interviews, Fisher talked about her three-month long affair with Harrison Ford. According to her younger brother, Todd, Fisher regretted sharing her brief tryst with the world.

Fisher and Ford’s affair occurred on the set of Star Wars. At the time, Fisher was 19 and Ford was 33 years old, married, and a father of two.

In a 2016 interview with PEOPLE, Fisher described the affair as “intense.”

According to Todd, his mother, Debbie Reynolds, had no idea about the affair before his sister shared it with the world. Ultimately, her disapproval made Fisher regret coming out about it.

Fisher later told her mother that she was “right,” and that she “shouldn’t have told that story.”

Fisher and Reynolds had a complicated relationship. Todd writes that in the last few months of 2016, Fisher and her mother had an argument over Fisher’s 60th birthday party.

According to Todd, Carrie was upset with her mom for attempting to organize a grandiose 60th birthday celebration for her. Carrie didn’t have time to travel back to Los Angeles for a celebration because she was busy promoting her book while filming Star Wars: The Last Jedi in London.

Eventually, Fisher agreed to go back for her party, partly because she knew the reason her mother was putting her all into it was because of the stroke Reynolds had the year prior.

In her memoir, Wishful Drinking, Fisher wrote that when she was little, she “dreamed” of looking like her mom.

“She was so beautiful, and of course I dreamed of one day looking like her. It was then that I knew with the profound certainty of a ten year old that I would not be, and was in no way now, the beauty that my mother was,” she recalled.“I was a clumsy-looking and intensely awkward, insecure girl . . . I decided then that I’d better develop something else—if I wasn’t going to be pretty, maybe I could be funny or smart.”

Fisher and Reyolds died only one day apart in 2016, with Fisher dying of a heart attack on December 27th and Reynolds dying of a broken heart, according to Todd, on the 28th.

Todd believes that his mother wanted to die with Fisher, saying, “Debbie Reynolds willed herself right off this planet to personally see to it that Carrie would never be alone.”