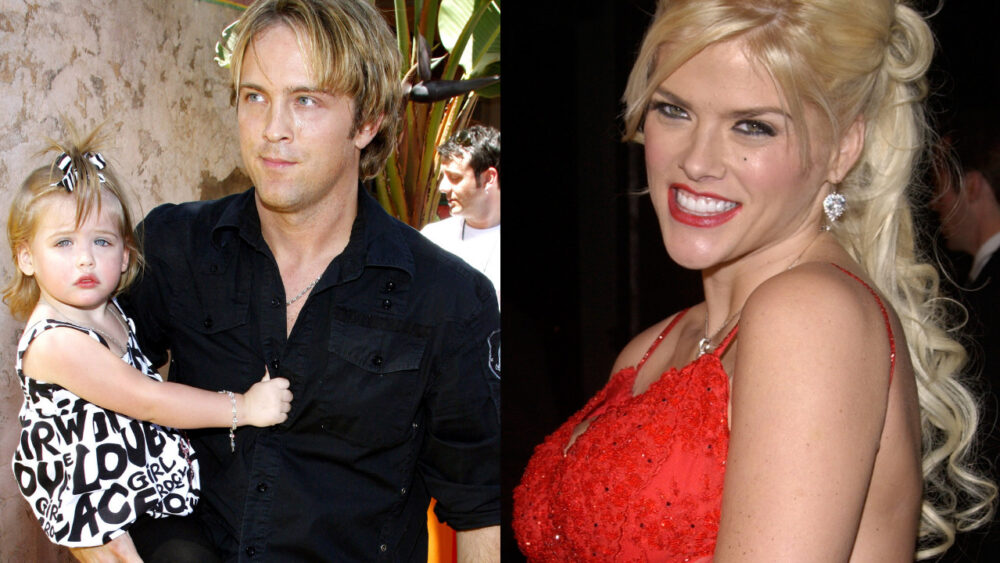 For years, Dannielynn Birkhead has grown up in the public’s eyes in the form of annual photos with her dad at the Kentucky Derby.

This year, the 15-year-old daughter of the late Anna Nicole Smith wore a burst of color in a multicolored Celia B dress and Betsey Johnson shoes as she posed alongside her father, Larry Birkhead.

The photo was shared on the father-daughter duo’s joint Instagram page, @larryanddannielynn, where they keep followers updated on their activities and honor Anna Nicole’s memory.

“Betting on a great time with Dannielynn today at this year’s @kentuckyderby, then off to the @janetjackson concert!” Birkhead, 49, wrote in the photo’s caption.

Birkhead also included a throwback photo of Anna Nicole in the post, writing, “Saw this pic of Anna and thought Dannielynn looked like her twin!”

It has been a busy week for the pair, who also attended the 33rd annual Barnstable Brown Kentucky Derby Eve Gala on Friday evening.

At the event, Dannielynn paid tribute to Janet Jackson, wearing the exact outfit that she wore to the same event in 2003.

“Off to the Barnstable-Brown Gala with Dannielynn,” Birkhead wrote in the caption of a series of photos.  “Dannielynn is wearing Janet Jackson’s personal outfit that Janet wore to the 2003 Barnstable-Brown Gala. It was purchased as a part of Janet’s @juliens_auctions benefitting charity.”

Attending the Kentucky Derby is an annual tradition for Dannielynn and Larry, who met his late wife for the first time at the Barnstable-Brown Gala.

Dannielynn once modeled for Guess to have something in common with her mother, but Birkhead says that he decided to keep his daughter out of the spotlight.

“I’ve had companies call me since then and ask me for her to model. And the answer’s no,” Birkhead once said to ABC. “She doesn’t show any interest in it. And some parents might say, ‘Oh my gosh, you know, Anna Nicole was her mom? This is the gravy train. Let’s roll with this.’ You know? But it’s nothing that she wants to do … she wants to be a kid.”

His wish for his daughter has always been for her to keep a good head on her shoulders.

“Excess is not always the best. Be careful who’s around you … be good, be caring. Give back,” Birkhead added. “You don’t have to be a star to shoot for the stars.”