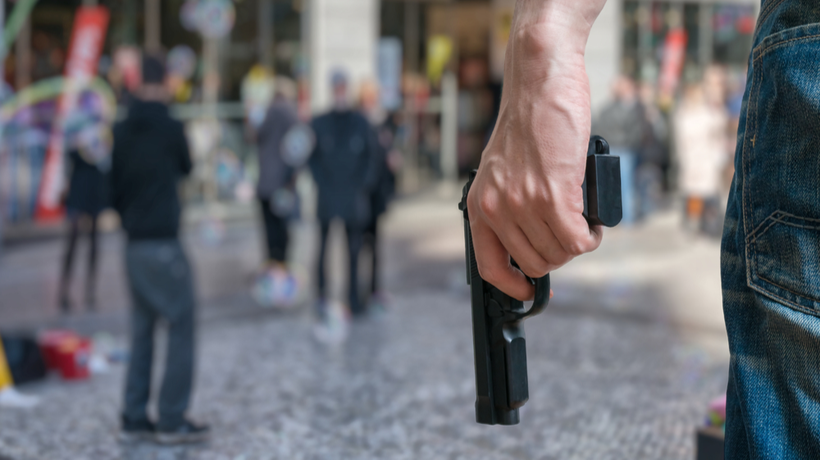 At least eight people were killed, and several others were injured in a mass shooting at a FedEx facility in Indianapolis late Thursday night. Indianapolis police say the shooter also took his own life and was not included in the death toll of eight.

FedEx said employees of the company were among the dead, according to the AP.

Indianapolis Deputy Chief of criminal investigations Craig McCartt said on CBS This Morning Friday that five people were taken to hospitals – four with gunshot wounds and another with wounds that were “possibly from shrapnel.” McCartt said all were in stable condition.

Cook also told reporters in an overnight briefing that, “We don’t feel that there is an active threat to the community at this time.” She said it wasn’t clear whether he was an employee or what his motives were.

McCartt told CNN, that the shooting “probably only lasted one to two minutes.” And that the shooting began when the suspect exited his vehicle and began shooting in the parking lot, before entering the facility and continuing to shoot. According to McCartt, when police confronted the suspect, he killed himself.

A FedEx employee told NBC’s Today that he was sitting outside the building when he heard what he initially thought was a car with engine problems and soon realized the sound was gunfire.

“I see a man come out with a rifle in his hand and he starts firing and he starts yelling stuff that I could not understand,” Levi Miller said. “What I ended up doing was ducking down to make sure he did not see me because I thought he would see me and he would shoot me.”

Police asked anyone with family members who work at the facility who haven’t been able to contact them to go to a nearby Holiday Inn Express. Chaplains are there to assist families, Cook said.

According to the police report, Indiana State Police detectives are working with IMPD Homicide detectives on conducting interviews and gathering further information on the incident. The Indianapolis-Marion County Forensic Services Agency and the Marion County Coroner’s Office will be assisting and will release the names of the deceased victims once proper next-of-kin notifications are made.

FedEx released a statement regarding the violence early Friday morning. “We are deeply shocked and saddened by the loss of our team members following the tragic shooting at our FedEx Ground facility in Indianapolis. Our most heartfelt sympathies are with all those affected by this senseless act of violence,” the statement said. “The safety of our team members is our top priority, and we are fully cooperating with investigating authorities.”

*Cover image is representational only from Shutterstock