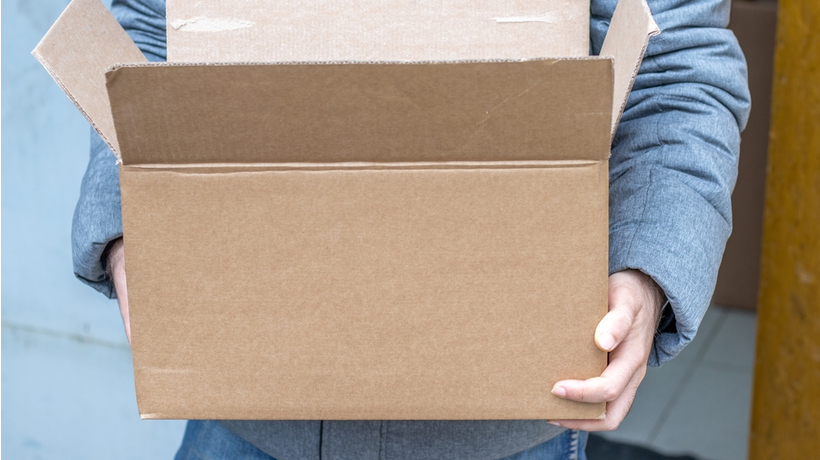 Featured image via Shutterstock and does not show actual scene. For representational purposes only.

Alaska State Troopers received a shocking report Friday afternoon after a baby was found abandoned in a cardboard box. Authorities say the newborn was discovered near a rural intersection around Fairbanks, where the wind chill factor was reportedly 12 below zero.

According to ABC News, Kelly Atlee, a spokesperson with Foundation Health Partners in Fairbanks, has reported that the baby is “stable and healthy.”

Troopers spokesperson Tim DeSpain said Monday that they are “continuing to seek assistance from media and the public to determine the circumstances of the child,” and are asking anyone with any information about the child to contact them.

ABC reports that a woman shared a now-deleted post on social media saying that she found the baby near a row of mailboxes. The post “included a video of a letter that started with the words ‘please help me!!!’ and said the child’s parents and grandparents ‘don’t have food or money to raise me.’”

The letter shown in the video read “Please take me and find me a LOVING FAMILY. My parents are begging whoever finds me.”


The state of Alaska has a safe-haven law that allows parents to Alaska has a so-called safe haven law that allows parents to legally surrender an infant under 21 days old “under certain conditions, such as leaving the baby in the physical custody of someone such as a peace officer, doctor, hospital employee or firefighter or with someone they believe would provide appropriate care.”