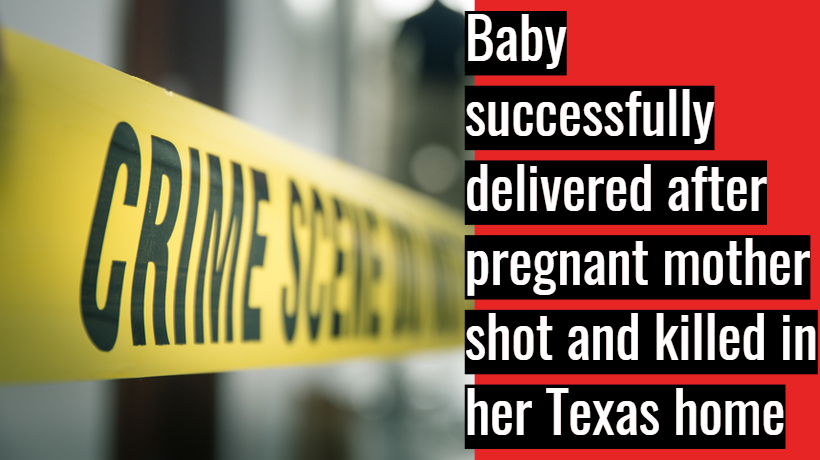 Doctors weren’t able to save a pregnant 23 year-old mother after she was fatally shot while inside her apartment, but they did save her baby girl. Domonique Million, 23, was at her home on Garth Road when she was struck in the head by a bullet, Baytown police said.

Million was quickly airlifted to a nearby hospital, but sadly doctors were not able to save her. However, they luckily were still able to successfully deliver her baby daughter. The newborn was taken to Texas Children’s Hospital, where she’s currently recovering.

Police initially believed Million was the victim of a stray bullet during a shootout between vehicles, but now suspect her apartment was targeted. As of Friday, May 28, Baytown police are still looking for four persons of interest wanted for questioning in this case.

Nearby neighbor Ronni Moore was taking a nap when the gunshots woke her around 6:30 p.m, which led her to immediately contact local police. Moore said they heard about 8 or 9 gunshots.

“There was a lot…If we had been out here we, you know, probably would’ve been shot,” Moore said. A 20-year-old man who was shot outside Million’s apartment is also recovering after surgery at Memorial Hermann Hospital.

The United States has one of the highest fatality rates for gun violence in the world. The gun homicide rate is 25 times higher than that of other high-income countries, based on data from 2015. On average, 316 people are shot on a day-to-day basis in the United States, according to gun violence statistics compiled over the last several years. While 210 of these people survive their injuries, at least 106 victims do not. In 2017, gun-related deaths reached their highest level in at least 40 years, with 39,773 deaths that year alone.

“I’m sorry for her – my heart goes out to her and her family,” Million’s neighbor told local news reporters in the wake of her death. “I just know that the lady who lost her life was pregnant, and it’s just sad – it’s so sad.”