Research reveals how drinking coffee can help the heart 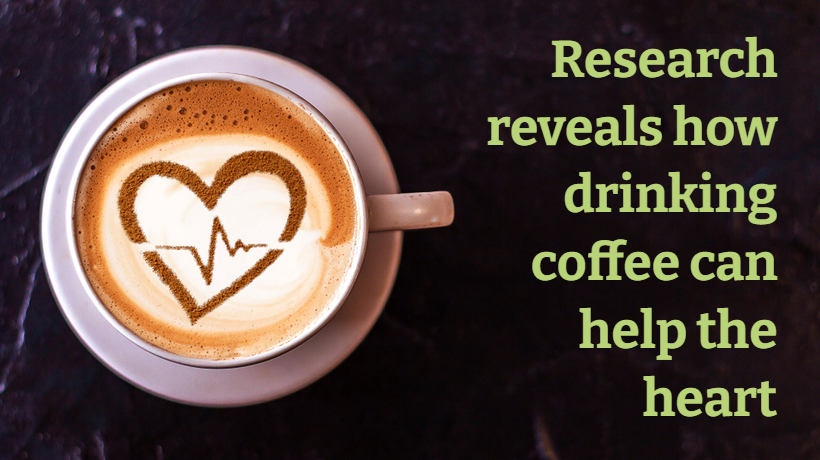 Coronary heart disease, heart failure, and strokes are among the top causes of cardiovascular disease-related death in the United States, according to the American Heart Association. But if you’re addicted to your morning cup of brew, then this news may be for you. Based on scientific evidence, drinking coffee regularly may actually benefit your heart health.

Reduces the risk of heart failure

According to the American Heart Association’s journal Circulation: Heart Failure, researchers found that in a meta-analysis of three major studies, increased coffee consumption was associated with decreased long-term risk of heart-failure. Although the study notes that further research is needed to determine whether controlled coffee intake could affect the future risk of developing heart failure, they found that participants in all three studies who consumed the most coffee had lower risks of heart failure later in life. In fact, in the Framingham and Cardiovascular Health studies, the risk of heart failure fell by 5%-12% per cup of coffee per day, compared to people who drank no coffee.

The analysis showed that these results were not the same with participants who consumed decaf coffee, leading researchers to believe that caffeine consumption may have a significant influence on heart health.

“The studies did not distinguish between coffee prepared by different methods (percolated, drip, French press or espresso), where the beans came from or how strong the coffee was. And while they attributed the reduction in heart failure risk to caffeine consumption, the researchers did not address whether these findings might apply to other caffeinated drinks, such as energy drinks, caffeinated teas, soda or other substances,” according to the American Heart Association News,

As a plant-based beverage, coffee is particularly rich in several powerful antioxidants. In fact, studies have shown that for many people, coffee is one of the largest sources of antioxidants in their diet. The hydrocinnamic acids and polyphenols in your morning cup of joe are effective at fighting free radicals and quelling systemic inflammation. Additionally, they can help improve blood vessel function, boost good cholesterol, increase nitric oxide availability to vessels, and lower bad cholesterol.

May elevate your blood pressure