'The Best' of the Best: Tina Finally Gets the Recognition She Deserves 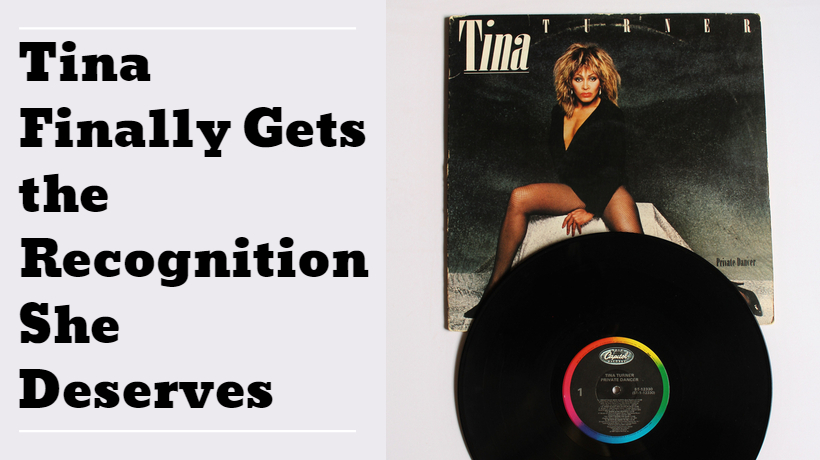 Tina Turner certainly doesn’t need any validation to cement her title as Queen of Rock & Roll. But earlier this month, the music legend was finally inducted into the Rock & Roll Hall of Fame, along with 12 other artists in what the music organization called “the most diverse list of inductees” in its 36-year history.

Although Turner has been inducted before––in 1991 as part of the music duo with fellow performer and ex-husband Ike Turner––this is the first time she will be recognized for her solo career by the renowned institution. Having sold over 100 million records, Turner remains one of the best-selling recording artists of all time. Her accomplishments include 12 Grammy Awards, three Grammy Hall of Fame awards, and a Grammy Lifetime Achievement Award. She was also the first black artist and first woman to be on the cover of Rolling Stone magazine.

The singer has come a long way to this moment. After surviving a difficult childhood, an abusive marriage, and a string of serious health problems–– the 81-year old singer is finally receiving the recognition that she deserves.

Originally named Anna Mae Bullock, Turner was originally born into a sharecropping family and raised in rural Tennessee, where she spent much of her early life picking cotton with her sister Alline, while living in a dysfunctional household. As an adult, she recounted how her mother, Zelma Priscilla, suffered domestic violence while married to her father, Floyd Richard Bullock, which ultimately led to the pair’s separation when the two girls were still young and forced them under the care of their grandmother.

“When my mother was pregnant with me, she was leaving my father. She was a very young woman and she didn’t want another kid. When I was very young, I wondered why we weren’t close, but I was always a loner. And then I became more independent and didn’t care anymore,” Turner said, according to AmoMama.

Turner began her singing career during her teenage years. After she moved to St. Louis, she became deeply involved in the city’s Black-dominated rhythm and blue’s scene, setting the stage for her musical career path in the decades to come. She was still a high school student when she met her future husband and co-performer Ike Turner at a performance by his band, the Kings of Rhythm. She quickly became a part of their act and began performing under the stage name Tina Turner.

It wasn’t long before Tina and Ike began performing as a duo, and in 1960, the pair scored their first big hit with “A Fool In Love.” As Tina and Ike both steadily began their ascent to fame, their professional relationship quickly turned romantic and the pair reportedly married in Tijuana in 1962. However, similar to her mother’s experiences with domestic violence, Tina also became entangled in a dangerous marriage.

With every hit single, Ike Turner continued to physically beat and assault his wife and co-performer until the two finally divorced in 1978. In Tina’s 1978 memoir, My Love Story, she recounts the severity of these attacks she suffered during her turbulent marriage.

“He threw hot coffee in my face, giving me third-degree burns,” reported USA Today. “He used my nose as a punching bag so many times that I could taste blood running down my throat when I sang. He broke my jaw. And I couldn’t remember what it was like not to have a black eye.”

In her memoir, the singer revealed how the violence took such a heavy toll on her mental well-being that there were times when she felt suicidal.

“At my lowest, I convinced myself that death was my only way out. I actually tried to kill myself. I went to my doctor and told him I was having trouble sleeping. Right after dinner, I took all 50 of [the pills he gave me]. I was unhappy when I woke up. But I came out of the darkness believing I was meant to survive,” Turner wrote.

It wasn’t until 1976 that Tina finally was able to escape her abusive husband and officially divorce him two years later, according to The New York Times. Although she finally found herself free of Ike, she has said that the trauma she suffered during their relationship has resulted in developing PTSD.

For a while, Tina’s career fell into a slump. But she was quickly able to revitalize her musical career with her 1984 Grammy-award winning album Private Dancer, along with the hit film, What’s Love Got To Do With It. The reignition of her solo career has been recognized as “one of the greatest comebacks in music history. In 1988, she set a then-world record for the largest paying audience (180,000) for a solo performer during her Break Every Rule World Tour, breaking the previous record set by Frank Sinatra.

She retired from music in the early 2000s, and eventually remarried to German producer Erwin Bach in 2013.

In her later years, the singer has gone through a tremendous amount of health difficulties, including cancer, a stroke, and in 2013, kidney transplant due to kidney failure. She was shocked when her husband, Erwin Bach, donated the organ for her surgery. According to USA Today, she was “overwhelmed by the enormity of his offer” but she was also “happy, overwhelmed and relieved that we’d come through this alive.”

“I don’t necessarily want to be a ‘strong’ person,” she said. “I had a terrible life. I just kept going. You just keep going, and you hope that something will come.”

Tina, along with this year’s other inductees, will be officially inducted on Oct. 30. The ceremony will be broadcast on HBO.