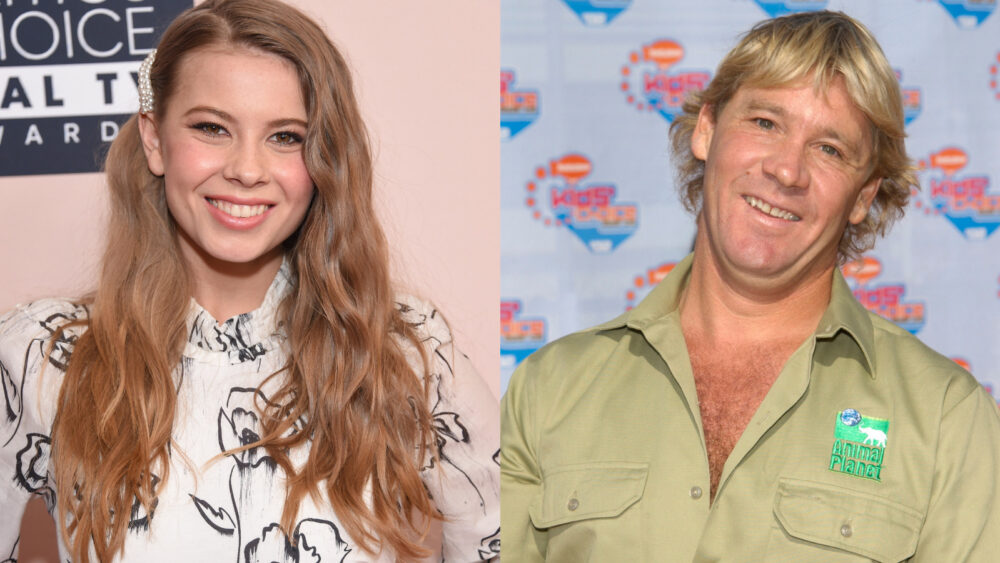 Bindi Irwin, 23, is paying a heartfelt tribute to late father Steve Irwin on what would have been his 60th birthday.

The Crikey! It’s the Irwins star posted a tear-jerking message to Steve on Monday, along with a throwback photo. The picture shows Bindi and Steve smiling as she holds a mini flashlight, and he holds a snake.

She included how she planned to celebrate with her daughter. “Today I’ll watch ‘The Crocodile Hunter’ with Grace Warrior and share stories about her incredible Grandpa Crocodile.”

She concluded, “I love you with all my heart. Your legacy lives on.”

She also shared several photos of her father with family on her Instagram story.

Bindi continuously shows the love she has for Steve. In January, she got a tattoo that says’ ‘Graceful Warrior,” in honor of her father and daughter, whose middle names ‘Warrior Irwin’ are a tribute to him.

“The words I spoke to our daughter as I held her for the first time in my arms were, ‘My graceful warrior.’ That’s how her name was born,” she explained in the caption.

On November 15th, the duo each posted tributes to Steve to document the international event.

“Your legacy will live on forever. I love you for even longer. November 15, Steve Irwin Day,” Bindi wrote on Instagram.

“Today is #SteveIrwinDay. Thinking a lot about my Dad today and the impact that he made on our planet, inspiring an entire generation,” Robert wrote on Instagram, including a throwback photo of himself, dad Steve and Bindi.