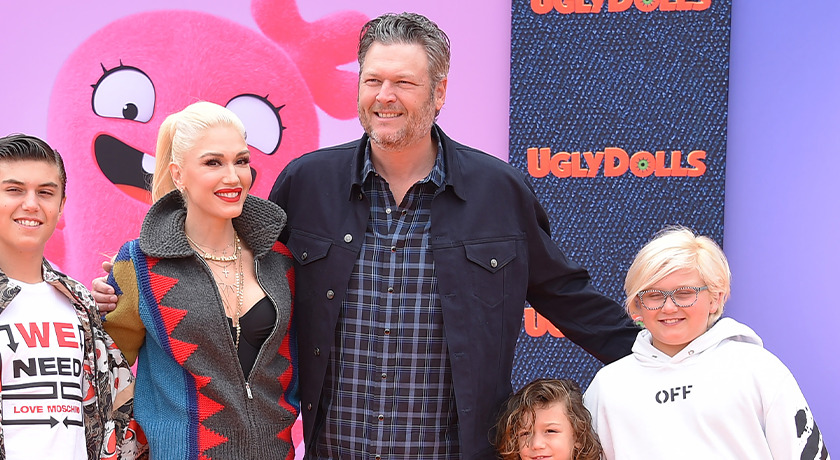 Blake Shelton and Gwen Stefani met in 2014 while they were both coaches on the show The Voice. Shelton was married to fellow singer Miranda Lambert at the time, while Stefani was married to Gavin Rossdale.

Shelton and Stefani went through divorces at the same time. Shelton in July 2015 and Stefani in August 2015.

In an interview with Howard Stern, Stefani opened up about what it was like to have Shelton in her life during that difficult time.

“It was unbelievable that God would put us in a position to have each other at that moment, in the same exact moment,” she said. She also clarified that she “wasn’t trying to start a relationship” with Shelton, but it happened naturally.

They started dating in November 2015 and began making public appearances together. They were seen at a Vanity Fair Oscar Party in 2016 and seemed very happy, according to another attendee.

“They acted like giddy teenagers at a high school dance,” the attendee said. “They were holding hands the whole night and didn’t leave each other’s sides. I don’t think either of them stopped smiling the entire time they were there.”

That same year, Shelton opened up about his feeling for Stefani in an interview with Billboard.

“Gwen saved my life,” he said. “Who else on earth could understand going through a high-profile divorce from another musician? You can’t even imagine the similarities in our divorces.”

Since then, the couple has performed several songs together and were judges again on The Voice in 2019.

In January 2020, they released a duet on Shelton’s album, Fully Loaded: God’s County, called Nobody But You. They performed the love song at the Grammy’s that year.

In October 2020, Shelton finally popped the question. They announced their engagement on Instagram.

Shelton shared a photo of the couple kissing with the ring on Stefani’s finger. The caption read: “@gwenstefanit pop star captioned a ring photo, which her country star hubby-to-be thanks for saving my 2020…And the rest of my life…I love you. I heard a YES!”

They got married in Oklahoma on July 4, 2021, and have been happily together ever since.

The couple still competes against each other as coaches on The Voice, but they announced they will be leaving the show. According to NBC, season 23 of the show, set to premiere in March 2023, will be the couple’s last season.

“I’ve been wrestling with this for a while, and I’ve decided that it’s time for me to step away from The Voice after Season 23,” Shelton said. “This show has changed my life in every way for the better, and it will always feel like home to me. It’s been a hell of a ride over these 12 years of chair turns, and I want to thank everyone at The Voice from NBC, every producer, the writers, musicians, crew, and catering people; you are the best.”

“It’s mine and Blake’s last season… I can’t even get the words out of my mouth ’cause it sucks, Stefani said. “I never in my lifetime would’ve pictured me doing something like this, and it’s been one of the most fun things I’ve ever done.”