Body Signals He's Not That Into You 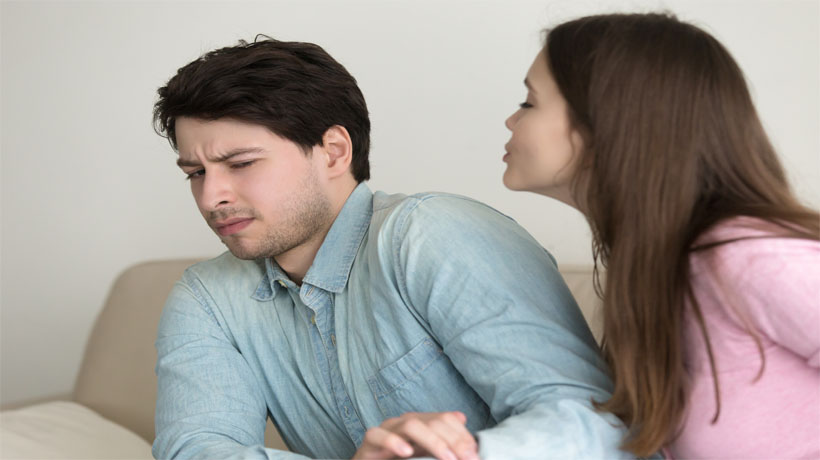 Sometimes actions speak louder than words, and because you always have to have your guard up for liars it’s nice to know that you can rely on sight. Here are eight ways to detect his lack of interest through body language so that you can put your suspicions to rest.

He doesn’t kiss you on the first date
While it’s outdated to believe that he always has to make the first move, if you’re unsure of his feelings then you should leave it up to the goodnight kiss. He knows as well as you what this gesture means – if he likes you he’ll make it happen.

Lack of eye contact
Now, just because he doesn’t lock eyes with you doesn’t mean he’s already rejected you, but it’s something to pay attention to. While he could just be nervous, if his wandering eyes seem more aloof than shy, it’s time to move on because this could be a sign of indifference or disrespect. You don’t have to find out which one it is.

Incessant yawning
I mean how tired is he really? This is probably the most obvious, and most rude, way for him to tell you he’s bored. You don’t want to be with someone who doesn’t find you compelling. Truthfully, if he’s already this uninterested, there’s no point in trying to lure him in (and you shouldn’t have to).

He leaves a significant amount of space between you
There is such thing as being too close, but if you’re having a hard time hearing each other then something’s up. This distance not only fails to show his enthusiasm, but it also signals to everyone around you that you’re definitely not together.

He spends all his time with you on his phone
If he specifies that he has to send a quick e-mail to his boss, that’s fine. But if his eyes are glued to the screen all night, he’s not worth your energy. Either he isn’t interested in what you have to say or he’s dreadfully immature. Neither excuse is valid when it comes to your time.

He doesn’t find excuses to touch you
From grazing your arm when you make him laugh to placing his hand on your leg, his body language should be indicating his interest. If by your second or third date he’s still neglecting these small gestures, it’s more likely that he doesn’t see a future with you.

He doesn’t get up to greet or say goodbye to you
Not only is this impolite, it also suggests that he doesn’t value the time you spend together. A passive greeting shows that he didn’t miss you, while an apathetic farewell proves that he’s not very concerned about when he’ll see you again.

He walks ahead of you
Being a fast walker is no excuse for this one, especially when it comes to calculating his feelings for you. Walking ahead of you is a sure sign of his self-centered ways, his inability to compromise, and his lack of interest in being with you. Let him walk because there’s no use in accommodating someone who doesn’t fight for your relationship.