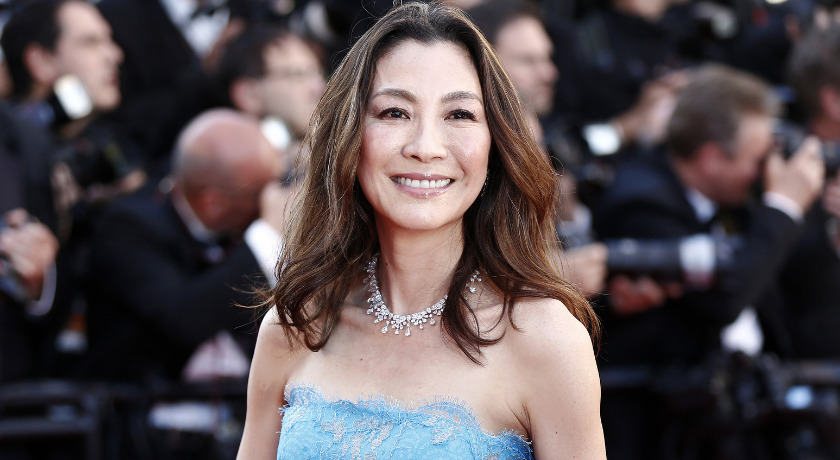 On Tuesday, Yeoh won her first Golden Globe award in 26 years since her first headlining movie in Hollywood, the Jame’s Bond film Tomorrow Never Dies, in 1997. She was honored as Best Actress in a Motion Picture – Musical/Comedy, for her lead role in the 2022 film, Everything Everywhere All at Once.

“I’m just going to stand here and take this all in,” she said while holding her award. “40 years… I’m not letting go of this.”

She continued, “When I first came to Hollywood, it was a dream come true—until I got here. I came here and was told, ‘You’re a minority.’”

Yeoh then detailed the challenges she faced as she got older, trying to maintain a successful acting career in an industry that is notorious for having a sort of “deadline” for older actors, particularly women, and what roles they can play.

She thanked the two directors of the film, Daniel Kwan and Daniel Scheinart, for their “courage to write about a very ordinary immigrant, aging woman, mother, daughter.”

“I was given this gift of playing this woman who resonated so deeply with me,” continued the Memoirs of a Geisha alum, “and with so many people because, at the end of the day, in whatever universe she was at, she was fighting for love, for her family.”

Everything Everywhere All at Once follows Yeoh’s character, Evelyn, who is a “stressed-out laundromat owner trying to save an imperiled multiverse and heal a frayed relationship with her daughter.”

The Malaysian native talked to the Los Angeles Times about what it was like for her to pick up a leading role for a movie at 60 years old.

“You know, you get to be my age and you can see it literally slipping through your fingers, because you are no longer that prime age. The worst is when people think, ‘Oh, she doesn’t look like she did in her 20s, so she can’t physically do the same things.’

“What they don’t understand is that I’ve learned some things over the years, and I’m more clever and smarter in how I can sustain my stamina. I’m as fit as I was before, because I know how to look after myself much better than when I was younger.”

“You know, older women can still have these crazy adventures!” she added. “If people learn nothing else from this movie, I hope it’s that!”

Yeoh celebrated her win at the Golden Globes alongside her co-star, Jamie Lee Curtis, who hyped her up as a fellow female Hollywood veteran, in what the Guardian calls “sisterly solidarity”.

In March of 2016, Yeoh became a Goodwill Ambassador for the United Nations Development Programme (UNDP) following the earthquake that struck Nepal in 2015, which Yeoh experienced firsthand.

“My terrifying experience as the earth rattled made me realize the crucial importance of preparing for disaster long before it happens.”

She also took part in the Pandas for the Global Goals campaign in May, 2016.

“Our aim is to show that each and every one of us can play an active part in reaching a globally shared vision of a future without poverty, inequality or climate change.”

The Oscars will take place in March and Yeoh is definitely a contender, marking a very historic year for the talented actor if she should win an award.