Rob Lowe Says Working Alongside Son on New Show is a "Revelation": "It's Like Working With a Peer" 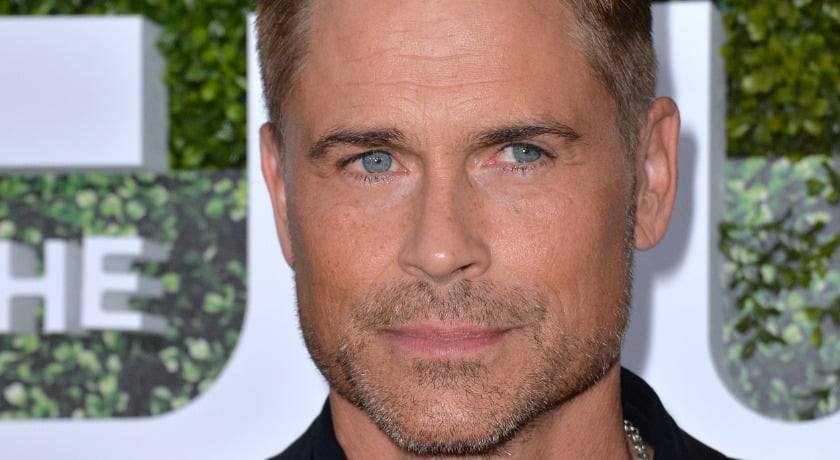 Rob Lowe talked about his experience with the rain that flooded his neighborhood after the storm that hit the Santa Barbara and Montecito areas of California on Monday.

Lowe appeared on Wednesday at the premiere for his Netflix movie, Dog Gone, at the Bay Theatre in Pacific Palisades. He talked to Extra about being trapped in his house amid the damages to his neighborhood due to the storms.

“I’m lucky to be here tonight,” The Outsiders alum said. “We were trapped for a day and a half. Cut off, so there was a big tree down on my road and nobody could get in or out.”

He added, “I just got a winch on my truck, so it was perfect. I got to break it in and it worked.”

Lowe posted a TikTok video of him using the winch to pull a tree that had fallen in his neighborhood, blocking the roadway.

“We gotta try and get this tree out of the road,” he said in the video, as he hooked up the cable to the tree and successfully pulled it off the road.

“Victory is ours,” Lowe said in the end.

The Montecito Fire Department issued an “Immediate Evacuation Order for all of Montecito, parts of Carpinteria, Summerland & City of Santa Barbara,” in a tweet posted on Monday.

People required rescuing from their vehicles which were submerged under water within the surrounding areas, according to the Los Angeles Times.

On top of the floods, mudslides severely damaged many homes in Santa Barbara and Montecito.

Lowe was happy to have made the screening for his Netflix movie on Wednesday. Dog Gone sees Lowe, alongside Kimberly Williams-Paisley, as parents aiding their son in searching for their lost dog in order to give him “life-saving medication”.

Lowe related his role in the movie to his real life commitment to being a parent.

“Anytime I get to play something that mirrors my own life, it just makes it more resonant as an actor.”

Lowe has two sons, John Owen and Matthew Edward, and he talked about what it’s like having kids that are all grown up.

“They finish college and now you’re at a whole other level of parenting,” he said at the premiere. “Like, okay, it’s the real world. Go to work, get a job, what’s that going to look like?”

What that looks like for John Owen is working alongside his father, as a co-creator and executive producer of the Netflix comedy series, Unstable.

“The series is set in a cutting-edge biotech research company,” John had said back in April near the release of the show, “following an introverted, socially-challenged son who goes to work for his very successful, wildly eccentric father in order to save him from disaster.”

“He’s already writing season two,” Lowe said of his son and colleague. “He loves trolling me on social media. And we decided that people were so interested in it, how can we explore this maybe as a show? So we’ve come up with, I think, a really funny take on a benevolent narcissist father in the spotlight, who means very well.”

“You know what’s really weird, is I forget he’s my son when we’re shooting,” Lowe added. “But making the show, what’s amazing for me and was a revelation, was I feel like I’m working with a peer…There’s nobody else who I could do it with because no one else would understand.”