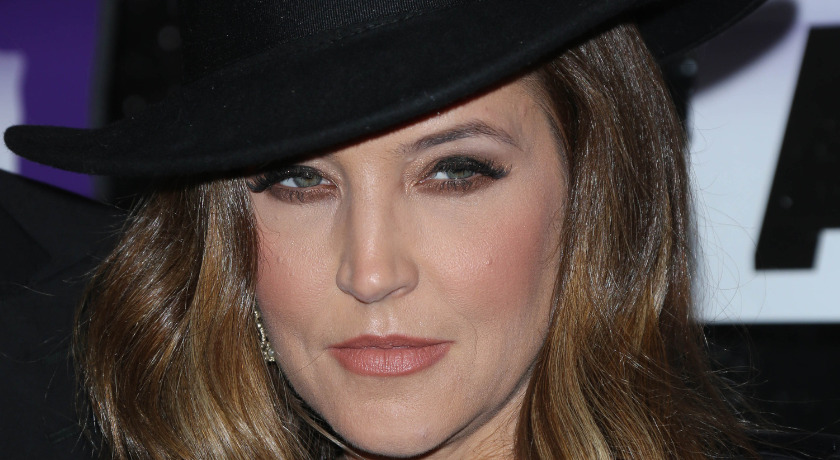 UPDATE 01/20/2023: The grave of Lisa Marie Presley’s son, Benjamin Keough, will be moved “slightly” to make room for Lisa Marie’s grave in the Meditation Garden at Graceland, which holds the Presley family plot. This Sunday, a public memorial service will be held at Graceland, in honor of the late singer.

Lisa Marie Presley passed away on Thursday at the age of 54.

In a statement for People, presented by a representative of Lisa Marie’s daughter, Riley, “Lisa Marie’s final resting place will be at Graceland, next to her beloved son Ben.”

Ben had died by suicide in 2020 at 27 years old. He was the first person in 40 years to be buried at the Memphis estate following the burial of Elvis’ grandmother in 1980.

In August last year, Lisa Marie published an essay about getting through the “horrific reality of [grief’s] unrelenting grips” following her son’s death in honor of National Grief Awareness Day. The essay was shared exclusively by People. (click the link to read the full essay)

She addressed the lack of discussion surrounding grief in our society, with her goal of writing the essay being “sharing [her] thoughts in the hopes that somehow, we can change that.”

“Death is part of life whether we like it or not — ,” she writes, “and so is grieving. There is so much to learn and understand on the subject, but here’s what I know so far: One is that grief does not stop or go away in any sense, a year, or years after the loss. Grief is something you will have to carry with you for the rest of your life, in spite of what certain people or our culture wants us to believe. You do not ‘get over it’, you do not ‘move on,’ period.”

The essay goes on to talk about how grief is also “incredibly lonely”. Lisa Marie mentions how friends and family will reach out and show support in the beginning process of when you are grieving, but eventually, they move on to continue living their own lives. However, it’s not as easy for the person who is suffering.

“So, if you know someone who lost a loved one,” she adds, “regardless of how long it’s been, please call them to see how they are doing. Go visit them. They will really really appreciate it, more than you know…”

Her last piece of information on grief that she learned, especially when the death someone is grieving happened prematurely or tragically,  revolved around being “stigmatized and perhaps judged in some way as to why the tragic loss took place.”

She encourages people in those situations, just as her own, to find others who have gone through similar tragedies so that you can connect with them and their own experiences of their grief.

“Nothing, absolutely NOTHING takes away the pain,” she says, “but finding support can sometimes help you feel a little bit less alone.”

The idea of being a parent who lost a child was a deep fear of hers, as it would be for any parent, so much so that she recalls people she knew in the past who had lost children.

“I can recall a couple of times in my life where I knew parents who lost their child and while I could be there for them when it happened, I avoided them after and never bothered to follow up with them because they quite literally became a representative of my biggest fear.”

“I also low-key judged them,” she continued, “and I swore I’d never do whatever it was that I felt they either did or neglected in their parental actions and choices with their child.”

But she never expected to become a “victim”–as she puts it–to this terrible circumstance.

She describes her son as, “The sweetest and most incredible being that I have ever had the privilege of knowing, who made me feel so honored every single day to be his mother.”

Evidently, looking after her daughters was what motivated her to carry on in honor of Ben.

“I keep going because my son made it very clear in his final moments that taking care of his little sisters and looking out for them were on the forefront of his concerns and his mind.”

Lisa concludes her essay with a truly eye-opening piece of advice that so many of us fail to understand, and may help someone who is grieving the death of a loved one.

“Ask them how they’re doing, ask them to talk about their person. Yes! We DO want to talk about them. That’s how we keep them alive in our hearts, that’s how they don’t get forgotten, that is what keeps us alive as well.”

Maybe we can take what Lisa Marie had written and use it now, given the circumstances. I believe she would have wanted us to. Living by her advice here is our way of keeping her memory alive while also moving forward.

May Lisa Marie Presley be at peace in Graceland with her father, The King, and her son who was gone too soon, much like his mother.