What Earwax May Say About a Person's Health 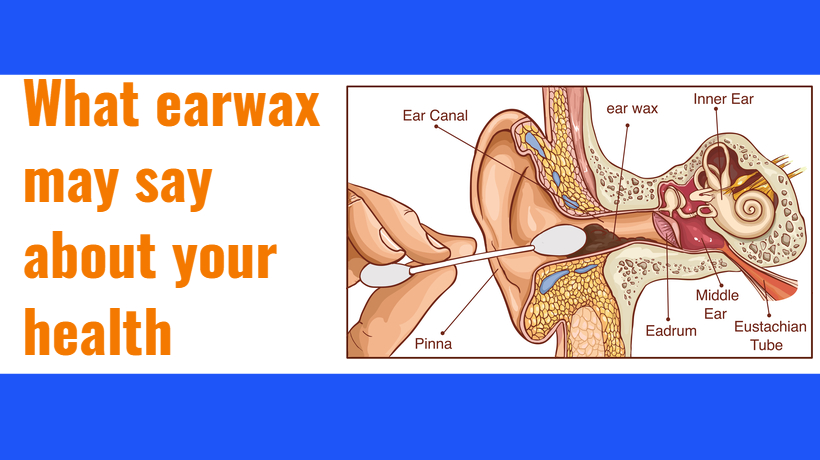 As insignificant as it may seem, earwax plays a very important role in maintaining your body’s health, specifically in your ears. Found in the inner ear, earwax is a natural barrier that works to block outside debris, dirt, or other bacteria from entering your ear; it also plays a heavy role in preventing infections. While earwax is generally normal, there are a few signs you should keep an eye out for.

According to Debbie Clason of Healthy Hearing, there are two distinct types of earwax, or cerumen, as it is medically known as.

These two types are not strictly inherent to race, however they can be associated with your health history. Clason recommends watching out for specific red flags that may indicate a larger, underlying health issue.

Aside from type, the color of your earwax is something to pay special attention to. Healthy Hearing categorizes the range of colors as:

The ear is self-cleaning and self-regulating, meaning it knows how much and how little earwax it should produce. Over time, the ear will naturally cleanse itself of debris and dirt, which is why doctors recommend that you don’t clean your ears yourself with a cotton swab unless it is with a professional. Wax buildup can often be a result of the ear’s self-cleaning process, but if you are constantly removing earwax, it may signal your body to produce more. Excessive earwax can put you at risk for possible infection, hearing loss, or other complications.

Clanson points out that if your body has a natural tendency to produce earwax or is done because of excessive cleaning, it may be a product of:

These factors may all play a role in the amount of earwax you produce. However, you should always consult your doctor if you have any serious concerns of heavy wax buildup, as they may put you at risk for blockage of wax or even hearing loss.