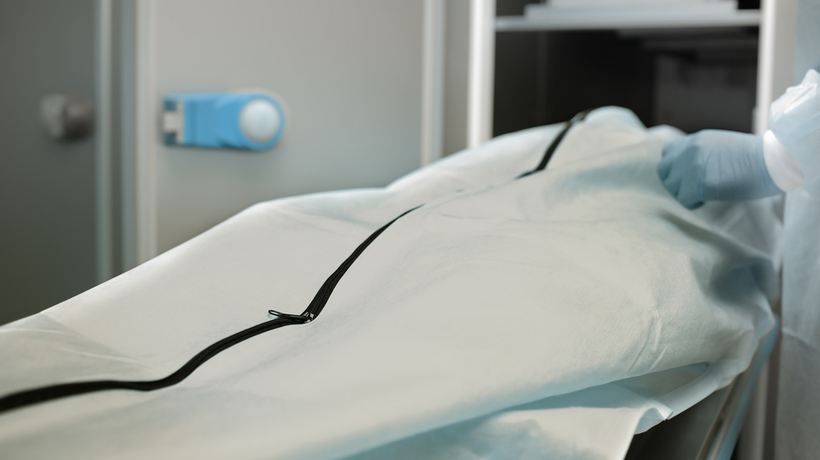 Featured image via Shutterstock and does not show Brian Laundrie. Photo for representational purposes only.

Five months after America and the world first became captivated by the tragic story of Gabby Petito and Brian Laundrie, a full autopsy report for Laundrie has finally been obtained by PEOPLE, offering insight into the circumstances of the fugitive’s death following his brutal murder of Petito.

The newly-released report comes four months after partial human remains were discovered in the Myakkahatchee Creek Environmental Park, which were soon confirmed to be Laundrie’s through dental records.

After initial results of the autopsy were inconclusive, the case was handed over to a forensic anthropologist, who determined that Laundrie’s cause of death was a self-inflicted gunshot wound to the head. However, it wasn’t until the full report was released Monday that more details surrounding his death were revealed.

According to the report, which was a total of 47 pages in length, one investigator at the scene where Laundrie was discovered reported that his “skeletal remains and personal effects were in plain sight and scattered upon the dirt.” Many of the bones which were recovered contained animal gnaw marks, which were made after Laundrie’s death.

Near the bones were “a pair of green shorts with a green belt, two slip-on shoes, a backpack with unknown contents, a white metal ring, and an unknown type of handgun” described as being a snub-nose revolver.

The report goes on to describe that another scene, close to the one where Laundrie’s remains were found, contained a hat with the logo “MOAB Coffee Roasters,” a “handwritten half note,” (the contents were not revealed), a journal, and a wooden box containing photos and a small notebook.

As reported by PEOPLE prior to the release of the full autopsy report, the FBI revealed that in one of those notebooks, Laundrie “admitted to killing his fiancée, 22-year-old Gabby Petito, who mysteriously disappeared during a cross-country van expedition they took together.”

The public’s, and friends and family of Petito’s last bit of hope was shattered in September after Petito’s body was finally located. Her death was ruled a homicide by strangulation.

The autopsy includes a toxicology report, which determined that Laundrie was not under the influence of any substances at the time of his death.

According to the report, which was partially informed by an interview with Laundrie’s parents, Laundrie had no known medical history and was not on any prescribed medications. However, when his parents were asked to describe his social history, including substance use and sexual behabior, they declined to comment, the report states.

Laundrie was not considered to be the sole suspect in Petito’s death until after his own death. It wasn’t until the confession was found in Landrie’s notebook that the FBI acquired the evidence that they needed to tie him to her death.

“All logical investigative steps have been concluded in this case,” said FBI Denver Division Special Agent in Charge Michael Schneider in an earlier statement. “The investigation did not identify any other individuals other than Brian Laundrie directly involved in the tragic death of Gabby Petito.”

If you or someone you know is considering suicide, please contact the National Suicide Prevention Lifeline at 1-800-273-TALK (8255), text “STRENGTH” to the Crisis Text Line at 741-741 or go to suicidepreventionlifeline.org.