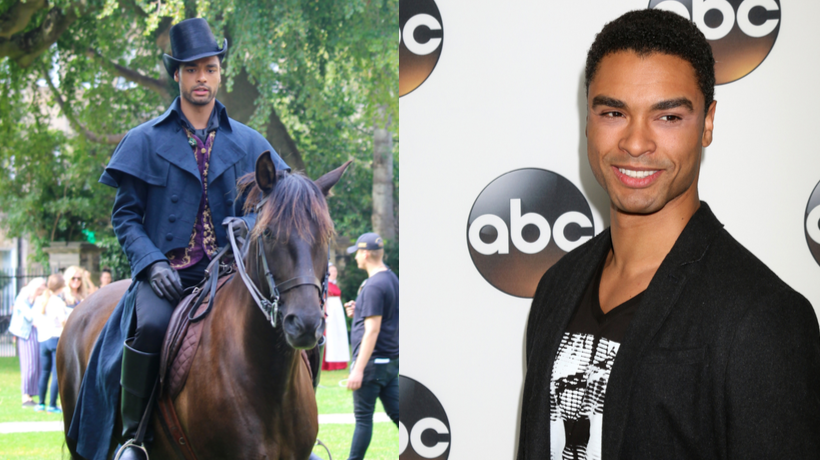 After the news broke that Bridgerton star Regé-Jean Page wouldn’t be returning for Season 2 of the steamy Netflix hit, fans are NOT happy.

The news, which came as a shock to many, was first released this morning in an official letter from Lady Whistledown, the show’s notorious gossip. “We bid adieu to Regé-Jean Page, who so triumphantly played the Duke of Hastings,” the letter read in part. “We’ll miss Simon’s presence onscreen, but he will always be a part of the Bridgerton family.”

Most fans insist they won’t watch Bridgerton without the beloved Duke, who emerged as a breakout star on the series when it first debuted in December.

Page, who just recently took home the NAACP Image Award for Best Actor for his performance in Bridgerton‘s first season, confirmed the news as well on his Instagram.

Along with a picture of himself on horseback while in characters as Simon, the actor wrote, “The ride of a life time. It’s been an absolute pleasure and a privilege to be your Duke. Joining this family—not just on screen, but off screen too. Our incredibly creative and generous cast, crew, outstanding fans—it’s all been beyond anything I could have imagined. The love is real and will just keep growing.”

In an interview with Variety published on Friday Page explained that his short stint on the series was always the plan.

“It’s a one-season arc. It’s going to have a beginning, middle, end—give us a year,” Page said. “[I thought] ‘That’s interesting,’ because then it felt like a limited series. I get to come in, I get to contribute my bit and then the Bridgerton family rolls on.”

Page pointed out, in the romance genre, audiences can take comfort in the knowledge that a happy ending is coming. It’s something that made it fun for him to play with the drama of Season 1, but it may also serve as a comforting reminder to fans who are mourning Simon’s early departure from the show.

“One of the things that is different about this [romance] genre is that the audience knows the arc completes,” Page explained. “They come in knowing that, so you can tie people in emotional knots because they have that reassurance that we’re going to come out and we’re going to have the marriage and the baby.”

“I have nothing but excitement for Bridgerton continuing to steam train off and conquer the globe,” he told Variety. “But there is also value in completing these arcs and sticking the landing.”