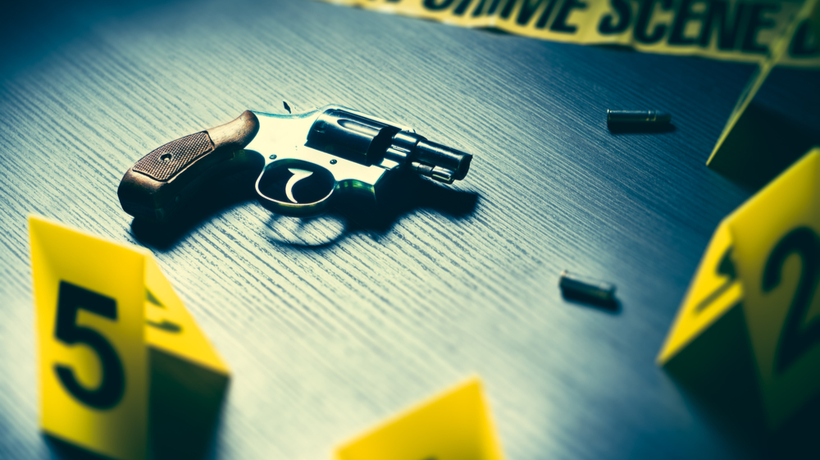 They also killed Farhan’s 19-year-old twin sister, keen Farbin — who reportedly had a full scholarship to NYU — before turning the guns on themselves.

They left behind an unsettling note some of which said they easily got weapons because gun control is “a joke” — and were sent off the rails partly from watching TV’s “The Office.”

In a rambling 12-page note initially posted to his Instagram page, assumed getting guns would be the most challenging part of the murder-suicide plot that was finally carried out on Saturday.

Instead, they found that “gun control in the US is a joke,” the younger Towhid brother wrote in the note that police confirmed to CBS DFW is linked to the crime.

“All my brother had to do was go to the gunshop, say something about wanting a gun for home defense, sign some forms, and that was it.

“There was a question asking if he had any mental illnesses but — get this — he lied.

‘He literally just said no. They didn’t ask for proof or if he was taking any medication (he was),” he wrote.

“Thanks for making the process so easy,” he said.

The brothers claimed they were united in manic depression and all-day TV watching sessions.

“The first and most important show we watched was ‘The Office’,” Farhan wrote in the note that started, “Hey everyone, I killed myself and my family.”

The Steve Carrell comedy was one of “four very important issues I encountered throughout my life,” Farhan claimed in the suicide note.

He then ranted at length about how the show “should’ve ended when [Carell’s character] Michael left” because ‘eventually it went s–t” — complaining about plot- and character-developments that enraged him.

“We kept watching until February 21, 2021. That’s the day my older brother came into my room with a proposition: if we can’t fix everything in a year, we’ll kill ourselves and our family,” he wrote of the show.

They soon changed that to just a month, “We eventually realized we were just biding our time. Waiting a year was way too long. Why not wait a month?” he said.

“I’ve had depression since 9th grade (2016). Not the ‘damn, I failed my test’ depression everyone says they have, more like a ‘I only cut myself twice today, that’s better than usual,’” Farhan wrote, saying his brother’s condition “was much worse.”

“The dude is a f—ing genius but is too depressed and socially anxious to do anything with it,” he wrote.

As for killing the family, Farhan claims it was out of love.

“If I killed just myself, they would be miserable,” Farhan explained in his note. “I love my family. I genuinely do. And that’s exactly why I decided to kill them.”

“The plan was simple. We get two guns. I take one and shoot my sister and grandma, while my brother kills our parents with the other. Then we take ourselves out,” Farhan wrote.

“Instead of having to deal with the aftermath of my suicide, I could just do them a favor and take them with me. None of us would ever have to feel sad ever again,” he wrote.

However, he also admitted, “If I’m going to die, I might as well get some attention.”