Bruce Willis Stepping Away From Acting After Aphasia Diagnosis 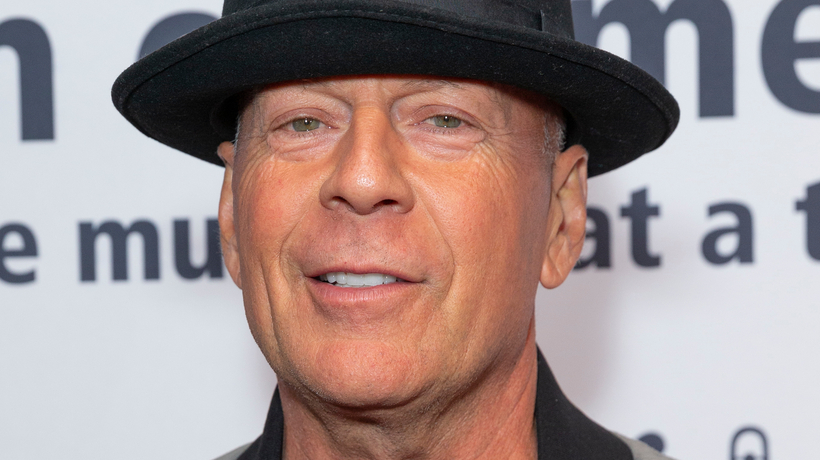 Actor Bruce Willis, 67, is stepping away from his career after being diagnosed with aphasia, his family shared in a heartfelt post.

According to Mayo Clinic, aphasia is “a condition that that robs you of the ability to communicate. It can affect your ability to speak, write and understand language, both verbal and written.” It is often caused by a stroke or head injury.

The announcement was shared with fans and the world via a post shared on the Instagram profiles of his wife Emma Heming, ex-wife Demi Moore, and daughter Rumer. The message reads as follows:

To Bruce’s amazing supporters, as a family we wanted to share that our beloved Bruce has been experiencing some health issues and has recently been diagnosed with aphasia, which is impacting his cognitive abilities. As a result of this and with much consideration Bruce is stepping away from the career that has meant so much to him.

This is a really challenging time for our family and we are so appreciative of your continued love, compassion and support. We are moving through this as a strong family unit, and wanted to bring his fans in because we know how much he means to you, as you do to him.

As Bruce always says, “Live it up” and together we plan to do just that.

Best known for his roles in Die Hard, Armageddon and Pulp Fiction, Willis was honored by his frequent collaborator, producer Randall Emmett, in a message shared with Deadline along with the news of his retirement.

“Bruce and I have worked on over 20 films together,” Emmett said to the outlet. “He is a terrific actor and legendary action star, an incredible father, and a close friend. I fully support Bruce and his family during this challenging time and admire him for his courage in battling this incredibly difficult medical condition. Bruce will always be part of our family.”

Per Deadline, despite his retirement, Bruce Willis’ fans have not seen the last of his new work. The actor has eight projects either completed or in post-production but not yet released, including Paradise City, in which he will reunite onscreen with his Pulp Fiction co-star John Travolta for the first time in nearly three decades.

Our thoughts are with Bruce Willis and family as they navigate this difficult phase of their lives.