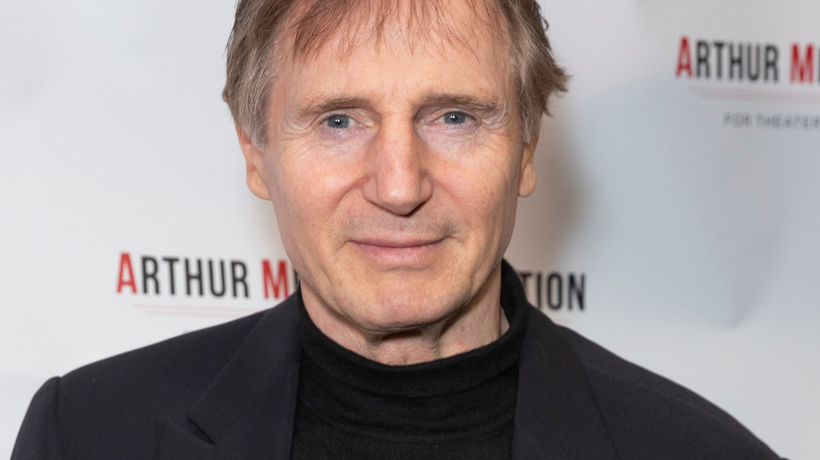 In his cover story for AARP The Magazine‘s April/May 2022 issue, actor Liam Neeson opens up about a painful childhood memory that has followed him into adulthood.

“When I was growing up, in these little terrace houses, I remember hearing our neighbor next door being beat up by her drunken husband every weekend,” Neeson, 69, recalls. “He’s dead now, but that’s a memory I am still coming to terms with. I’m talking 50 years ago. It’s kind of a post-traumatic stress disorder.”

The actor continues: “I don’t know if it has scarred me, but it has definitely formed something of my character.”

In his latest film, Memory, Neeson plays an aging hitman struggling with dementia.

“Maybe even when I play these violent roles, I’m trying to bring some quality of redemption or justice,” he says.

Also in the magazine feature, Neeson reflects on the violence he witnessed while growing up in Northern Ireland.

“This past January was the 50th anniversary of what is known as Bloody Sunday, when British paratroopers murdered 13 of our people in the streets of Derry, in the north of Ireland,” he explains. “And I remember the next day, when everything was incredibly quiet and very, very sinister. I lived in Belfast during a lot of that. And I think back on it now. Why did I survive that?”

Neeson, who did “quite a bit of research on Alzheimer’s” in preparation for his role in Memory, says that the film “is supposed to be a piece of entertainment, so hopefully there’s a few thrills and spills. But there is a deeper story to be told.”

He explains: “My elder sister, she has a very close pal who is suffering from dementia, and he cannot remember stuff from 5, 10, 15 minutes ago. So, in Memory, I work in little bits of stammering or clumsiness that grab people in the audience who know someone who’s suffering from it, from dementia or Alzheimer’s. But I wanted to keep it very, very subtle, because it could become jokey if I overdid the dementia.”

Memory is in theaters April 29.