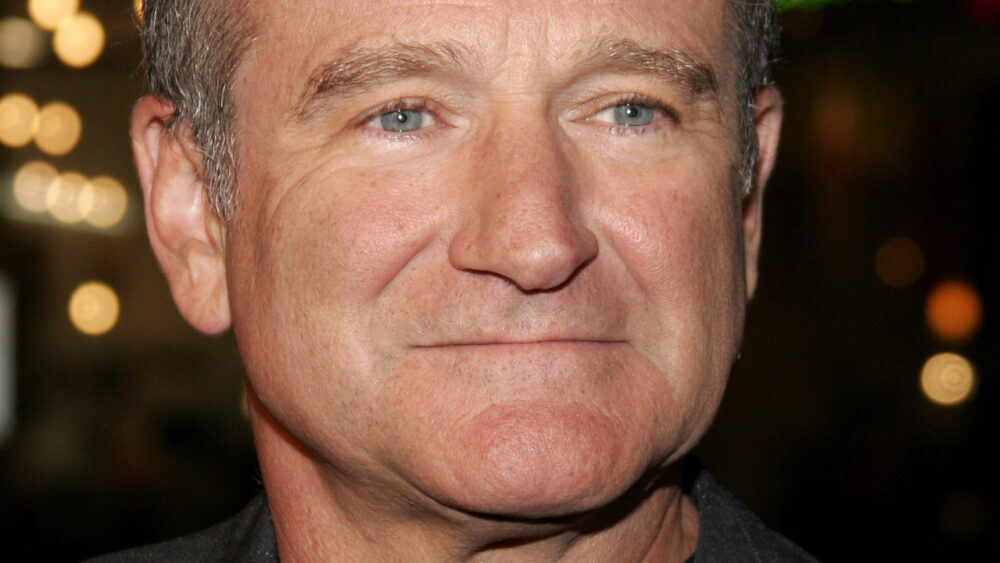 Almost eight years after his death, Robin Willam’s oldest son  Zachary Williams, 39, found a funny and heartfelt way to celebrate what would have been his dad’s 71st birthday.

On July 21st, Zachary shared a message on Instagram alongside a photo of the Aladdin star. “Happy 71st Birthday Dad,”  he wrote. “I’ll be remembering you today as you would want to be remembered, in spandex. Miss you and love you always!”

Last year, on a less humorous note, Zachary also shared a heartfelt tribute made to the famous comedian in 2021. “I would want you to know that your incredible spirit lives within us. Our family will be celebrating you and your memory today. We miss you and love you always.”

Robin Williams died by suicide on August 14th, 2014, leaving behind his three children. He was 63 at the time of his death.

Prior to Robin Willam’s passing, he was incorrectly diagnosed with Parkinson’s disease. However, an autopsy revealed that he actually had a type of dementia called Lewy Body Dementia.

According to the Alzheimer’s Association, “Dementia with Lewy bodies (DLB) is a type of progressive dementia that leads to a decline in thinking, reasoning and independent function. Its features may include spontaneous changes in attention and alertness, recurrent visual hallucinations, REM sleep behavior disorder, and slow movement, tremors or rigidity.” This disorder likely played a factor in the nature of Robin William’s death.

On what would have been Robin’s 70th birthday, Zachary spoke about the “frustration” his father felt in his final years. “What he was going through didn’t match one to one [with what] many Parkinson’s patients experience,”  Zachary said during a 2021 episode of The Genius Life podcast. “So, I think that was hard for him.”

Zachary believed that his father’s disease made him feel “isolated.”

“It can be really isolating even when you’re with family and loved ones,” he shared. Explaining that Robin’s symptoms worsened in the two years before his passing, Zachary added, “It felt a lot longer than it actually was because it was a period for him of intense searching and frustration.”

Zachary also recalled the medications Robin took and how hard they were on his “mind and the body,” adding that his feelings about his dad went “beyond empathy.”

Please call 988 or visit the American Foundation For Suicide Prevention if you or a loved one are struggling with suicidal thoughts.