Catching Up With the 'Marketing Diva' 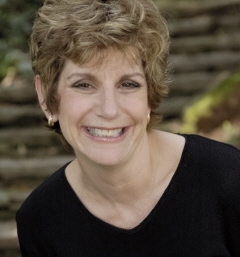 We spoke with Toby Bloomberg, marketing maven and founder of a boutique consultancy, as her blog, Diva Marketing, celebrated its seventh birthday. She offered some insights into blogging and social media. Check it out.

Why did you start blogging?

About eight years ago I was conducting marketing workshops for small businesses. I stumbled across what looked like a cool website called a “blog.” It was free from Blogger.com, no Html coding was involved and it had a feature called comments where people could talk to you in real time. Perfect for companies with limited cash flow. I incorporated blogs into my sessions.

A friend told me that I couldn’t present about blogs without actually writing one myself. I agreed — I should at least understand the logistics. So I launched Diva Marketing. My plan was to run it for a few weeks, learn what I needed and then go on to other things. But to really understand this new world you had to participate, not watch from the sidelines.

What happened was a total surprise. First, I found my informal approach lent itself to this new communication concept of conversational writing. Second, the conversational style stood out in the clutter of other marketing blogs. Without intent I had created one of the first business blog brands and became known in the blogosphere as the “Marketing Diva.”

Tell me about your e-book.

Many books are based on interviews with industry pros. Social Media Marketing GPS was an experiment in using Twitter to conduct those interviews. I structured the book into twelve chapters that ran from the what and why about social media to strategy, ethics, tactics and a few case studies. Then I asked forty respected, well known marketers to tweet their responses to one question. Some people tweeted once, some over twenty times.

It was pitched to about a dozen traditional publishers but no one bought it. To test the concept I created an eBook and gave away the content. The results were exciting. People loved the book and began passing it along. Not only was the book written on Twitter but Twitter became the driving marketing tactic.

All The Single Girlfriends is the first social content destination for single women over 40. There are currently more than 20 authors who are writing “girlfriend-to-girlfriend” slice of life posts. Think about what you talk to your Girlfriends over a coffee over glass of wine.

Each author brings a unique idea of what it means to be single after the big 4-0 birthday. We come from across the United States and around the world.

The concept is that we want to change the way the world, and brands, view single women over 40.

Women in the age demographic who are not single, resonated with the site and several asked to join as authors. So we’re including Girlfriends who are “single in spirit.”

How about some words for the future?

As the number of social media tools continues to expand the heart of Diva Marketing becomes more important, which is to remind marketers that at the end of the day it’s not about the next shiny new toy but building relationships between the people behind the brand and their customers.