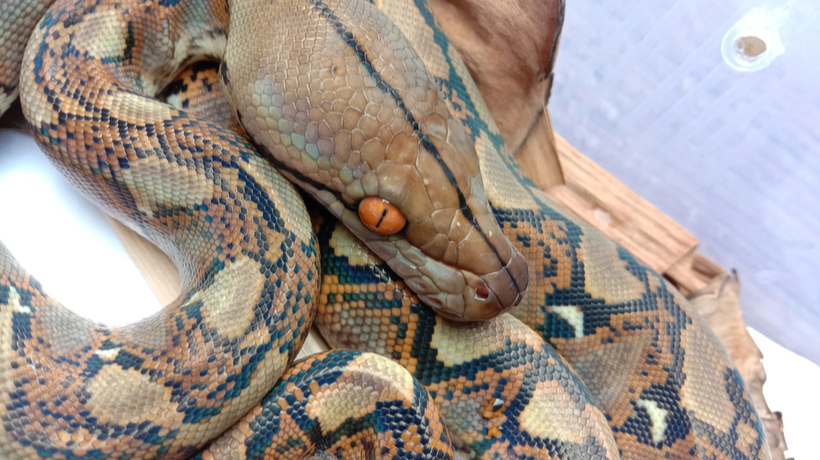 A Maryland man who was found dead in his home with more than 100 pet snakes passed away due to  exposure to “snake envenomation,” an autopsy report confirms.

On January 19, police performed a wellness check after Riston’s neighbor said he was ‘concerned’ since he hadn’t seen him in 24 hours.

When the police approached the house, his neighbor saw through the window that Riston was unconscious on the floor, the Charles County Sheriff’s Office said in a previous statement.

There were no signs of foul play and his death was confirmed to be an accident, officials reported to PEOPLE.

When officers continued to search the home, more than 100 venomous and non-venomous snakes “of different varieties were discovered in tanks situated on racks,” authorities said.

“Nobody seemed to be aware that he was harboring snakes inside the home,” Charles County Sheriff’s Office spokesperson Jennifer Harris told reporters in January.

The largest snake in the house was a 14-foot-long Burmese python. While Riston had a valid reptile and amphibian permit in Maryland, venomous snakes are illegal to have in the state, NBC News reported.

Along with the python, authorities found cobras, black mambas and rattlesnakes.

Experts removed all the snakes the day after Riston’s death.

Animal control officers say they counted a total of 124 snakes inside Riston’s home.

“Our chief animal control officer said in his more than 30 years of experience, he had not encountered this kind of thing before,” Harris said.