Chase Chrisley now Speaks Out About His Parents’ Prison Sentence 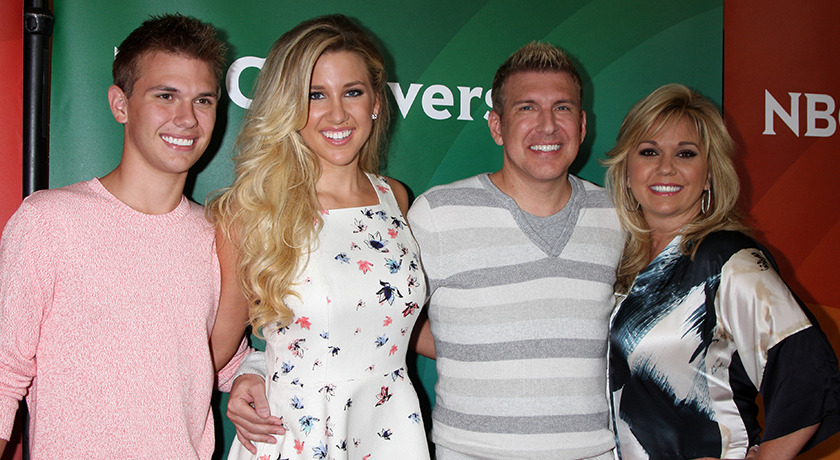 Chase Chrisley, son of reality TV stars Todd and Julie, has kept relatively quiet in the midst of his parents’ legal troubles in recent months. A few days ago, on his sister Savannah’s podcast, Unlocked, he finally spoke out about both how he’s feeling and what he’s been doing in the meantime.

Chase has been focusing mainly on his personal life, involving fiancée Emmy Medders, and expressed his stance on not needing to talk to the media, stating, “I don’t need to explain how I feel to anybody, other than the people that I care about and I love.” He explained why he hasn’t taken to his social media accounts to talk about his parents and has been working “behind the scenes” with his own family, making sure they are “good emotionally and that [he is] in a place emotionally so [he] can be there for [his] loved ones.”

Besides discussing his absence from the public in recent months, he also went on to talk about how he’s been feeling about his parents’ situation. “Obviously what we have been going through is hell, it is a terrible, terrible situation…but I have to try and find the good, even in the darkest time,” he said to his sister, Savannah, who has voiced her opinion on the matter in the past.

Savannah had her mother on her podcast back in October, before the sentencing of Julie and Todd were finalized. She stated, “That’s where I’m at, being so angry because my whole life could change,” while pointing out that her mother had been handling the situation better than she was.

In the recent episode with her brother, she and Chase talk about an “unspoken tension” between them since Chase had been moving forward with his life instead of dwelling on their family struggles. She seems to envy her brother’s ability to carry on for the sake of his family, saying, “I think because I don’t have [my own family], and there’s part of me that feels guilt for moving on in any way shape or form,” to which Chase shows his support towards her saying, “You don’t have to go through it by yourself.”

Their sister, Lindsie, has also spoken out about the convictions and how she has handled things, saying, “Trying to navigate your new normal by trying to maintain some sense of normalcy has been very hard.” She gives some insight on how her parents have been handling it, as well, revealing that they’ve been “dedicating their time in therapy and their biblical studies as well as with their children,” since receiving their sentence in November.

Todd and Julie Chrisley were sentenced to 12 and 7 years in prison, respectively for tax evasion and bank fraud. They will each serve their time in separate prisons located in Florida starting sometime next year.