Chris Hemsworth on Falling Back in Love with Elsa Pataky 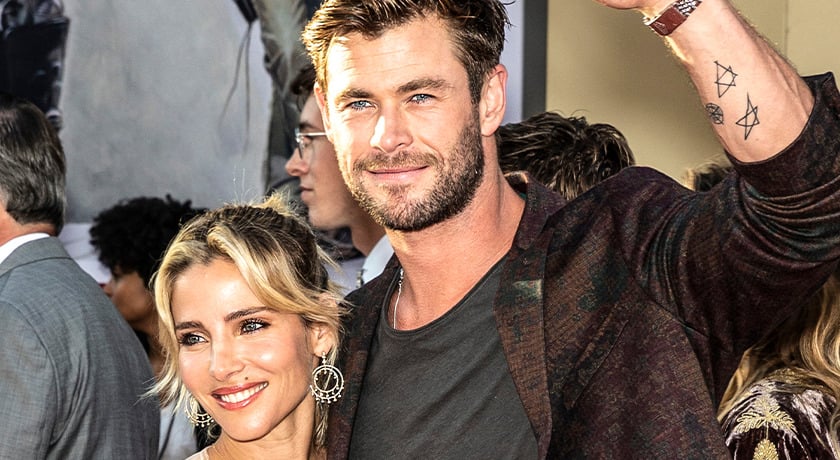 The star of the Thor franchise has been married to his wife Elsa Pataky for over a decade. Hemsworth, 39, and Pataky, 46, were first introduced in 2010 through Hemsworth’s talent agent, and were married before the end of the year.

Pataky and Hemsworth began dating and made their red carpet debut in September at a gala for the Los Angeles Museum of Art, according to People. The two were married in December 2010 while on vacation with both of their families.

The couple moved to Byron Bay in Australia from Los Angeles in 2014, and have “a normal life,” says Pataky in Glamour. The actors decided to move from Los Angeles to escape from the industry, as Hemsworth felt “suffocated by the work,” overwhelmed by the L.A. obsession with the movie industry, writes People.

Long absences from home put a strain on Hemsworth’s relationship with his family, and especially with Pataky. “My wife and I fell in love, had kids, didn’t really see each other for a few years, then fell back in love,” the actor told GQ Australia. “She’d like me to step back and be at home with the kids more, and of course, I want that too.”

Pataky, known for her role in the Fast and the Furious as Elena Neves, spoke openly with Glamour in a 2020 interview about their marriage.

“It’s funny that people think of us as a perfect couple,” the actress told Glamour. “No way. It’s been ups and downs, and we still keep working at the relationship.”

Both actors prioritize their family together over taking every role offered, Patacky told Vogue Australia. Patacky is especially known for being selective, and refusing roles which would take her far away from her children, as she enjoys being involved in their day-to-day lives, including school drop-off and pick-up. Her recent role in Netflix’s Tidelands was shot in Byron Bay, an accessible commute for Patecky.

Hemsworth echoed the sentiment in his interview with GQ Australia, explaining how he and Pataky make time for each other. “Once you have children, every instinct and every moment of your time is consumed by that,” he said. “You’ve got nothing for each other – so make sure you have date night even if it’s once in a blue moon, because most of the time you’re just too tired and you’d actually prefer to sleep.”