Meryl Streep: From Heartbreak to Happily Ever After 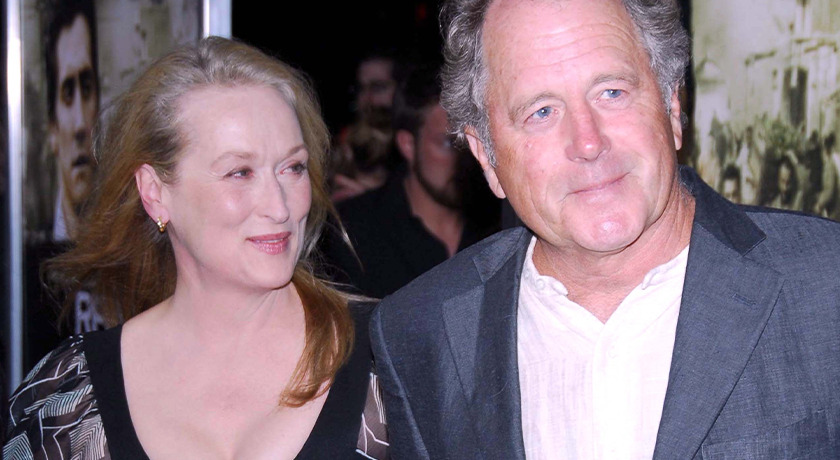 When she’s not acting in films or winning awards, Meryl Streep has lived for the most part a relatively private life with her family.

Meryl explained to the New York Post, “Robert Redford taught me that when they were babies: ‘They are not your props.’ I really admired the way he protected his family. It’s something I consciously emulated.” Streep married her husband of 44 years in 1978, just six months into their relationship. An equally creative mind, Don Gummer is a sculptor and was introduced to Streep through her brother. But Gummer was not initially the person Streep pictured herself with. She had pictured herself with John Cazale.

John Cazale co-starred with Streep in the 1976 Shakespeare in the Park Measure for Measure production. He later acted as Fredo in films like The Godfather and The Godfather Part II, with leading roles in The Conversation and Dog Day Afternoon. The actor fell for Meryl immediately.

“Once he was in that play,” said actor Marvin Starkman in the New York Post, “the only thing he talked about was her.” And the feeling was mutual.

“He wasn’t like anybody I’d ever met,” said Streep, reflecting on why she was drawn to him so quickly, “his humanity and his curiosity about people, his compassion.”

Then Cazale was diagnosed with terminal lung cancer, at just age 42. Streep took various roles she didn’t agree with creatively, for the sake of supporting him and helping with medical bills. While the two were filming The Deer Hunter together, the studio threatened to fire Cazale, as he was terminally ill and the price of insurance would rise with his presence. Streep insisted she would quit if he was fired, and with the added support of De Niro, Cazale was allowed to stay.

Grieving, Streep left New York to stay with a friend in Canada. She returned to find that she had been evicted from her loft in New York, and had no place to go. Her brother Harry, and his friend, a sculptor, helped her move. The sculptor, Gummer, offered to let her store boxes at his studio, and even use his apartment while he was out of town. The two began to write to each other, and though Meryl was initially unsure about moving on so soon, as she was still grieving, she took a friend’s advice and allowed herself to spend time with Gummer, says E News. The two were married later that year at her parent’s home in Connecticut.

Streep often appears with her husband and four children at awards shows-and always makes them proud, with her 21 Oscar nominations, a record-breaking number, of which she has won 3, according to Vogue. E News reports that Gummer accompanied Streep to her first (and his first) Oscars ceremony in 1979, where she was nominated for The Deer Hunter.

​​When she was asked in 2002 to reveal her secret to a successful marriage, Streep told Vogue: “Goodwill and willingness to bend—and to shut up every once in a while.” She continued: “There’s no road map on how to raise a family: It’s always an enormous negotiation. But I have a holistic need to work and to have huge ties of love in my life. I can’t imagine eschewing one for the other.”